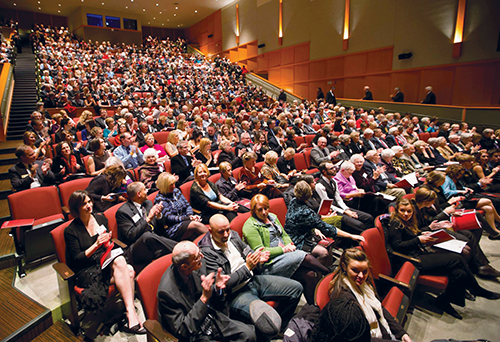 Across the Nation, August 2015

Staff Reports
ARIZONA
ANTHEM — The Canyon Church of Christ’s “care bear” ministry provides stuffed bears and backpacks for children experiencing trauma and displacement. The items are distributed through the fire department and a child protection agency.
KENTUCKY
HENDERSON — For the seventh year, the Henderson Church of Christ thanked emergency responders and colleagues with an appreciation lunch, The Gleaner reported. 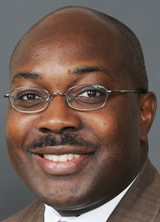 Wutoh
LANDOVER — Anthony Wutoh, an elder of the Prince George’s Church of Christ, has been appointed provost and chief academic officer of Howard University.

Wutoh has “displayed amazing leadership inside and outside the classroom,” said Wayne Frederick, president of the prominent, historically black university in Washington, D.C.

A member of the Prince George’s church since 2003, Wutoh was born in Accra, Ghana.

That ministry of the Rochester Church of Christ provides housing for up to 30 people per week who come to the Mayo Clinic.

The New Jersey group served as the “hands and feet of Jesus,” ministering through song and encouragement to those who had lost loved ones, had brain surgery and were confined to wheelchairs, Rochester member Patti Sikes said.

Painting houses and installing new windows and shutters were among the recent projects completed by teen and adult members of the Morgantown Church of Christ.

“It’s been a passion of our church just to make sure that the community knows that we care about them and that we love being part of the Morgantown community,” preaching minister Matt Lowe told WBOY-TV.

“And so we reach out by painting houses for free for people here in Morgantown, just as a way to assist them and hopefully make Morgantown a little bit more beautiful one house at a time,” Lowe added.