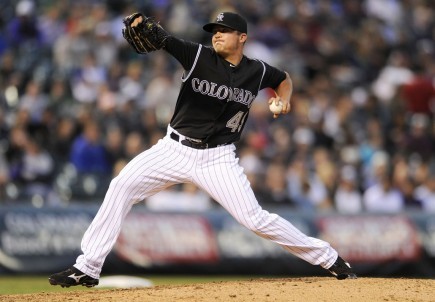 Across the Nation, August 2011

From Staff Reports
AMERICAN SAMOA TAFUNA — Church members from this U.S. territory and the mainland attended the sixth annual South Pacific Lectureship, hosted by the Nu’uuli Church of Christ.
Barry Pritchard, minister for the Lake Travis Church of Christ in Lakeway, Texas, presented lessons on “Love: It’s not what you think” from Romans 12.
Churches also sponsored Camp Alofa and a Vacation Bible School for children during the lectureship. Helping were Dean Willis and Kristen Miller, students at Abilene Christian University in Texas and interns for the Tafuna Church of Christ in American Samoa.
FLORIDA CRESTVIEW — Three girls who attended the Airport Road Church of Christ with their mother, Jenny Furr-Higdon, were killed in a car wreck June 14.
The Northwest Florida Daily News identified the victims as Danielle Pippins, 8; Janelle Pippins, 8; and Savannah Furr Pippins, 11.
“There are no words to express the sorrow,” said Thomas R. Dugan, the congregation’s prison minister.
KANSAS         WICHITA — The fifth annual “Women Walking With God Conference,” hosted by the Northside Church of Christ, brought together 920 women, organizers said.
“The conference is not a ladies’ day, a lectureship or a workshop,” said Cindy Tandy, a member of the three-person management team. “It’s an intense two days of learning the deep things of God, of learning his purpose for our lives.”
The recent conference sold out for the third straight year.
LOUISIANA     CALHOUN — Three Ouachita Parish congregations are joining together for worship on three Sunday nights this summer. The Calhoun Church of Christ, Forsythe Avenue Church of Christ and University Church of Christ will meet once at each location.
“We did this last year, and it was very successful in reuniting old friends, sharing fellowship time together, lifting our voices in song and hearing a great message,” Forsythe Avenue minister John Dobbs said.
MASSACHUSETTS     BURLINGTON — When the Boston Bruins recently won their first Stanley Cup since 1972, goalie Tim Thomas was recognized as the most valuable player in the playoffs. Thomas is a member of the Burlington Church of Christ.
“Obviously, much more important than his athletic prowess is the fact that Tim loves the Lord and the church and is devoted to his family,” said Tony Thompson, the congregation’s preaching minister.
MONTANA     LAUREL — The Laurel Outlook recently noted the sign outside the Laurel Church of Christ: “Helping people see Jesus more clearly by loving God, loving each other and loving our neighbor.”
In a front-page story, the newspaper reported that the church lived up to its sign by helping re-roof the home of a single neighbor who couldn’t do the work herself.