Bolstered by online programs, ACU joins other Christian universities that have reported record or increased enrollment this year.

Another university associated with Churches of Christ — Abilene Christian — has reported record enrollment this fall.

For its new semester, the Texas college — which has a main campus in Abilene and a branch campus in Dallas — has a total enrollment of 5,334 at all its campuses, nearly a percent increase over the previous year.

This marks the fourth year in a row that ACU has reported a record number of students, including last year, when universities across the country saw a decline on average.

For ACU, recent growth has been driven almost entirely by its Dallas campus, which houses the university’s online programs — likely a strong attraction amid the COVID-19 pandemic. It grew by 10 percent this year — from 1,618 students to 1,780 — and 17 percent last year. To support the growth of its online presence, the university has recently launched several new distance undergraduate and graduate programs, including some aimed at nontraditional students. 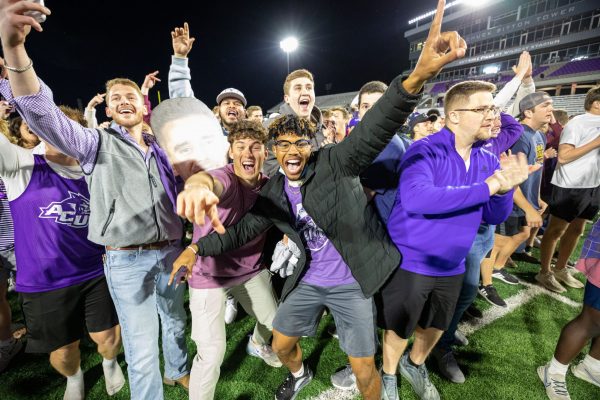 Enrollment for ACU’s main campus in Abilene, meanwhile, fell by 3 percent, from 3,675 last year to 3,554 this year. That means the Dallas campus now accounts for nearly a third of the university’s total enrollment.

Still, ACU President Phil Schubert said in a press release that he is pleased with the university’s direction:

“Seeing our total enrollment continue to climb demonstrates that we’re meeting the needs of students in a variety of educational settings during a challenging time for higher education. This represents significant effort and intentionality on the part of faculty, staff and administration, who continue to adapt and excel.”

More information on ACU’s enrollment can be found on the university’s website.