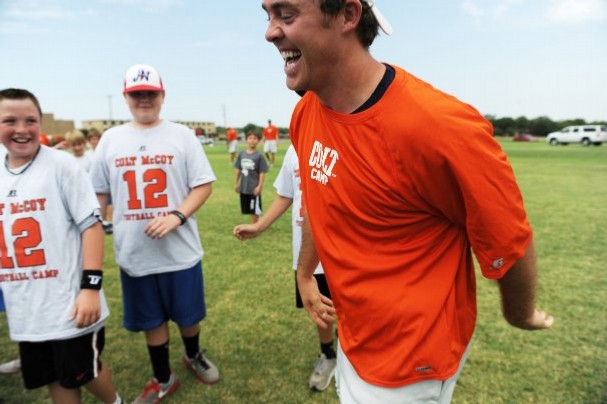 Colt McCoy came home (July 5).
The former Jim Ned and University of Texas standout and current Cleveland Browns starting quarterback was at Abilene Christian University’s Wally Bullington Practice Facility for the first day of his two-day youth football camp.
McCoy wowed the gathering of more than 100 as he and his staff — including his father and former Graham head coach, Brad, and younger brother, Case — put the campers through drills to sharpen their football skills.
And McCoy was an active participant, throwing and catching passes as well as playing defensive back when called upon. He also took the time to pose for a picture with each of the campers.