Angela Marsalis says she can’t even watch the news because it makes her cry.

But Marsalis, who escaped Hurricane Katrina in 2005 by fleeing to the balcony of the Carrollton Avenue Church of Christ in New Orleans, has a message for the thousands of Harvey victims: “God has not left you alone.”

“My heart ❤️ is hurting so bad for the people who are affected by Hurricane Harvey,” Marsalis wrote in a post on her Facebook page, which she gave The Christian Chronicle permission to share.

After Katrina, Angela Marsalis and her husband, Charles Marsalis, planted the Hollygrove Church of Christ, in a high-crime neighborhood in New Orleans.

The Chronicle published its first in-depth story on the Marsalises’ experience in 2006.

In 2006, Charles and Angela Marsalis pose in the balcony of the Carrollton Avenue Church of Christ, where they fled as floodwaters rose after Hurricane Katrina. (PHOTO BY BOBBY ROSS JR.)The Marsalises told Freeman how they relied on their faith as floodwaters kept rising during Katrina.

They described singing on a bridge filled with desperate survivors — some selling drugs and carrying guns.

“I mean, I felt that the devil was at work,” Charles Marsalis said. “I told my wife, ‘Nuh-uh, it’s time for us to get busy.’ And so we just started singing, and then the next thing we know, in the darkness, you can hear people saying, ‘Sing this song! Sing that song!’ And I can’t remember, how long did we sing?”

“All night!” Angela Marsalis replied, as Freeman joined the couple in laughing at the memory. “We just knew that God would get us out of there.”

“Not even Katrina could shake that faith of God,” Charles Marsalis added. “No way.” 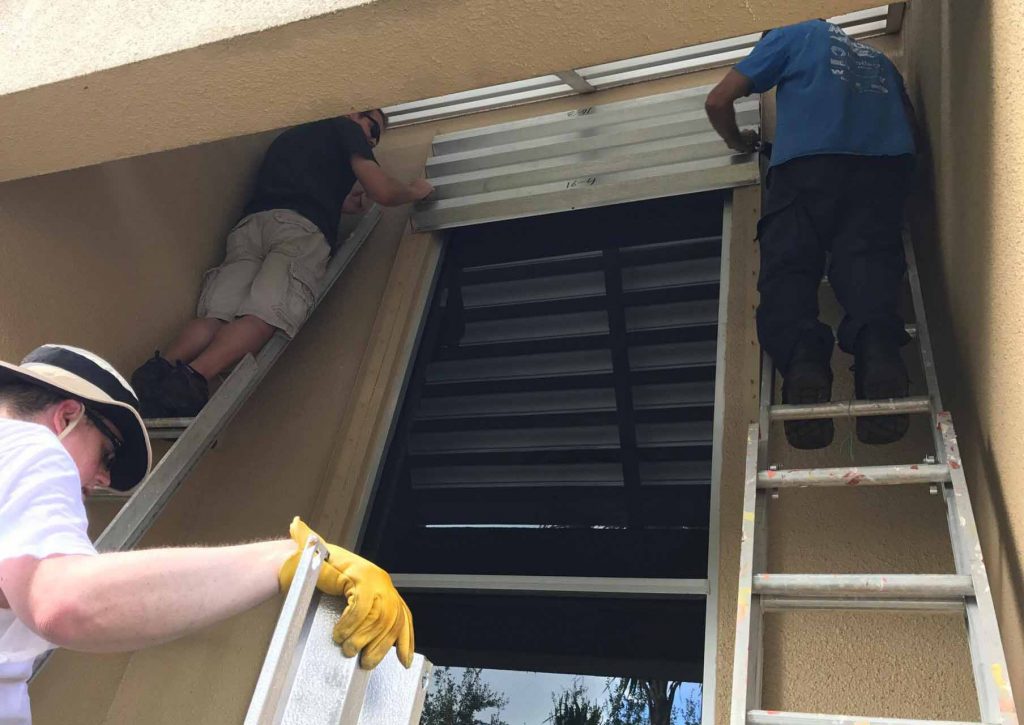 As Florida residents prepare for Hurricane Irma, bread water and…