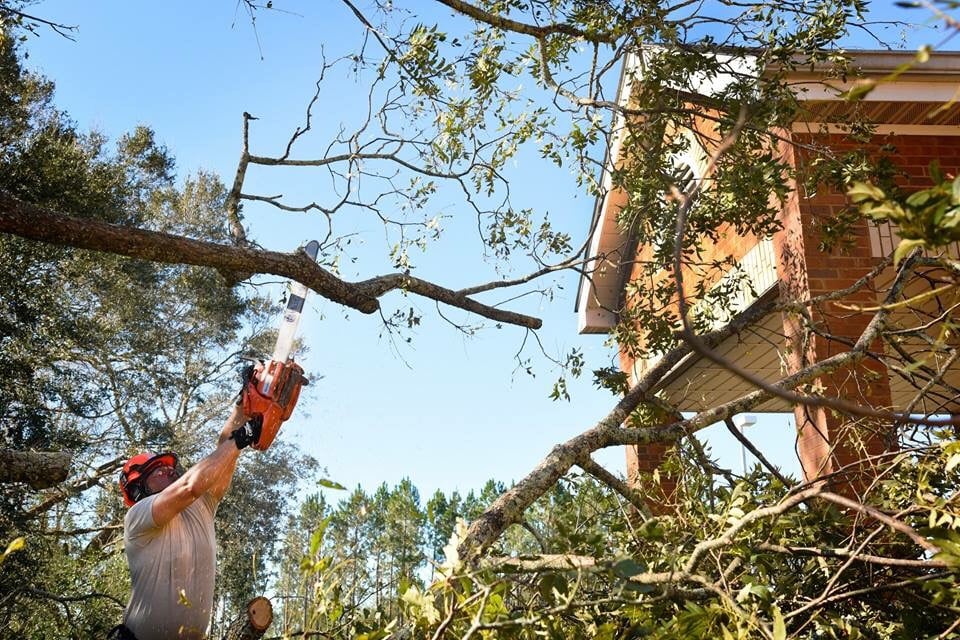 ‘We give people steaks to get into the church, but then we serve them hot dogs.”

That was one takeaway from a conversation I had with Lee Bragg. He’s from Wewahitchka, a small town in the Florida Panhandle.

He drives a big rig to make a living. He’s also associate minister for the Cherry Street Church of Christ in Panama City.

While I was covering the aftermath of Hurricane Michael, brother Bragg was kind enough to speak with me at 6:30 a.m. as he drove a load to Montgomery, Ala.

We talked about the storm, which severely damaged the church’s building. But we also talked about our shared faith — and the issues that we face as Christians.

Some of us are good at bringing in the lost, but we’re not training them in the faith. As a result, “a lot of people go to church, but they don’t worship God,” Bragg said.

“The message is still the same: You need to love and have a relationship with God. You need to be his child.”

That’s a truth we can all agree on, despite our differences. And in the Florida Panhandle, our differences seem to stand out. I know that because I grew up there.

I cried as I watched Michael come ashore, grinding up trees, homes and property in a place that I know so well and love so much.

As a student at Florida State University in Tallahassee, I took many a Trailways bus trip home during Thanksgiving and Christmas breaks to Pensacola. I traveled through Panama City and Gulf Breeze along Highway 98. My favorite stop was Fort Walton Beach, where you could get dinner at the Waffle House.

Waffle House, as you probably know, has the reputation of staying open even in the worst conditions. The Federal Emergency Management Agency even uses a “Waffle House Index” to gauge how well an area will recover from hurricanes.

How bad was Michael? At the height of the storm, 30 Waffle Houses shut down, USA Today reported. That’s bad.

Instead of weekend getaways to the beach, or even routine shopping trips to Winn-Dixie, Publix or Family Dollar, folks got in long lines for food distributed from pallets. Many people had no cell phone service, no television, no internet, no air- conditioning. No power.

Today, we’re all bound by adversity — whether it comes in the form of rapidly shifting culture or a rapidly spinning hurricane.

As I watched news about the storm, I thought about all the Churches of Christ in its path.

I have visited some of them over the years. I grew up Baptist but was baptized in 1978 after studying the Bible with the Call Street Church of Christ in Tallahassee.

I soon learned about the various divisions in our fellowship — some of which have roots in Florida. The Crossroads movement, now known as the International Churches of Christ, was born there.

There were (and still are) predominantly African-American congregations in the Panhandle. Florida also is home to many conservative, non-institutional Churches of Christ that don’t agree with the support of parachurch organizations.

When I would visit home, I would sometimes attend four different types of congregations to see everyone I wanted to see.

As terrible as this hurricane was, I think it has crystallized my thinking on what’s important — despite the differences that divide us.

As a body of believers, we’re all growing old together. I’m so thankful for the opportunities I have, writing for this publication, to make new friends from across our diverse brotherhood and to learn more about the souls inside all those buildings I saw only through the windows of buses — buildings with signs that read “The Church of Christ Meets Here.”

Today, we’re all bound by adversity — whether it comes in the form of rapidly shifting culture or a rapidly spinning hurricane.

But we collectively savor our common belief in God and his Word.

“It is still about faith, repentance and baptism,” brother Bragg told me. And it’s also about doing more than “going to church” after we are baptized.

Another minister I talked to, Raymond Williams Jr. of the Church of Christ at Eastside in Panama City, said that he’s seen a spirit of cooperation among congregations that are often divided by race and doctrine.

“It is about helping people and seeing the pain in devastation,” he said. “When folks see someone else hurting, they want to help.”

One of my favorite hymns is “God’s Family.” I leave you with some of its lyrics — and prayers for recovery after the storms of life.

Filed under: Hurricane Michael Inside Story 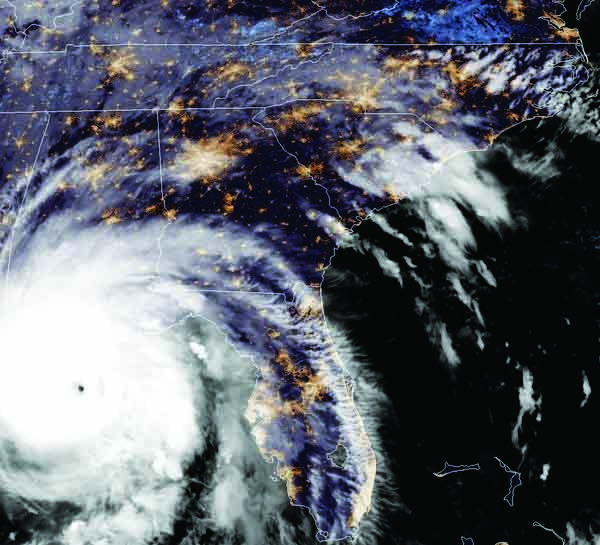 Neither his home nor his church had electricity, but Jim… 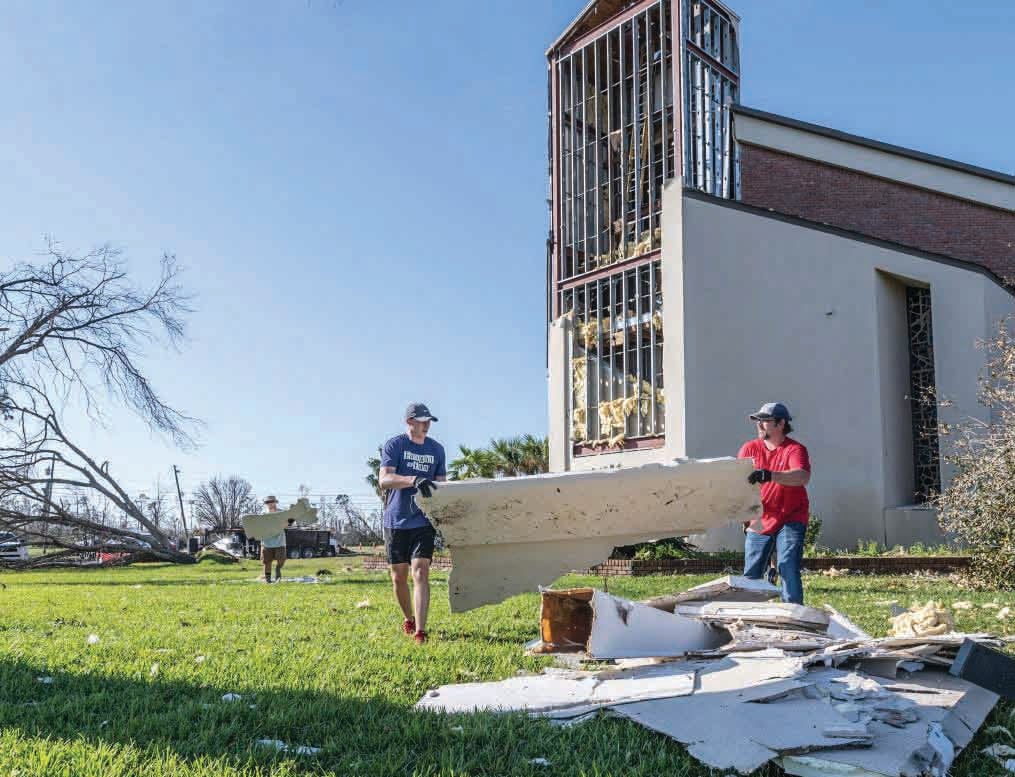 Fast and intense, like a boxer with a nasty left… 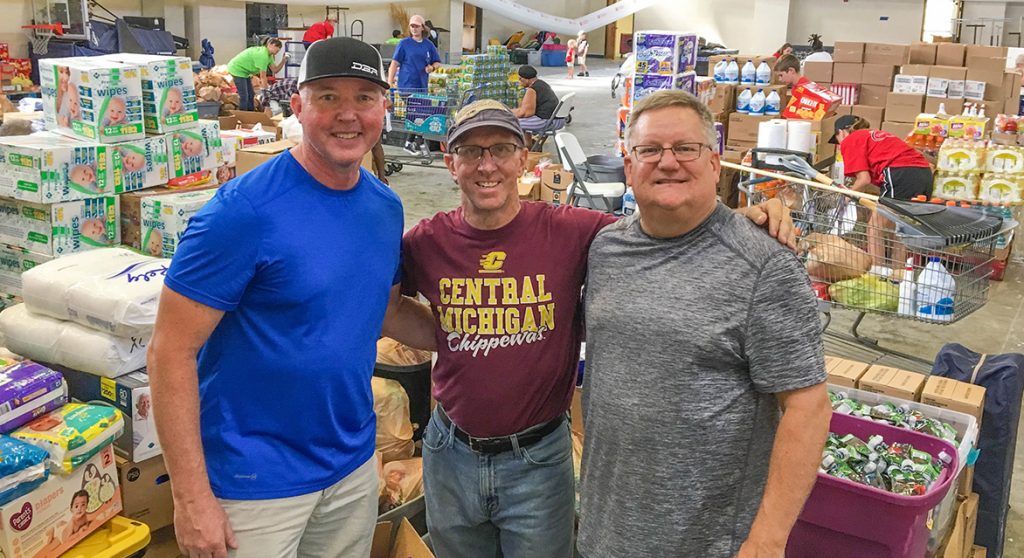