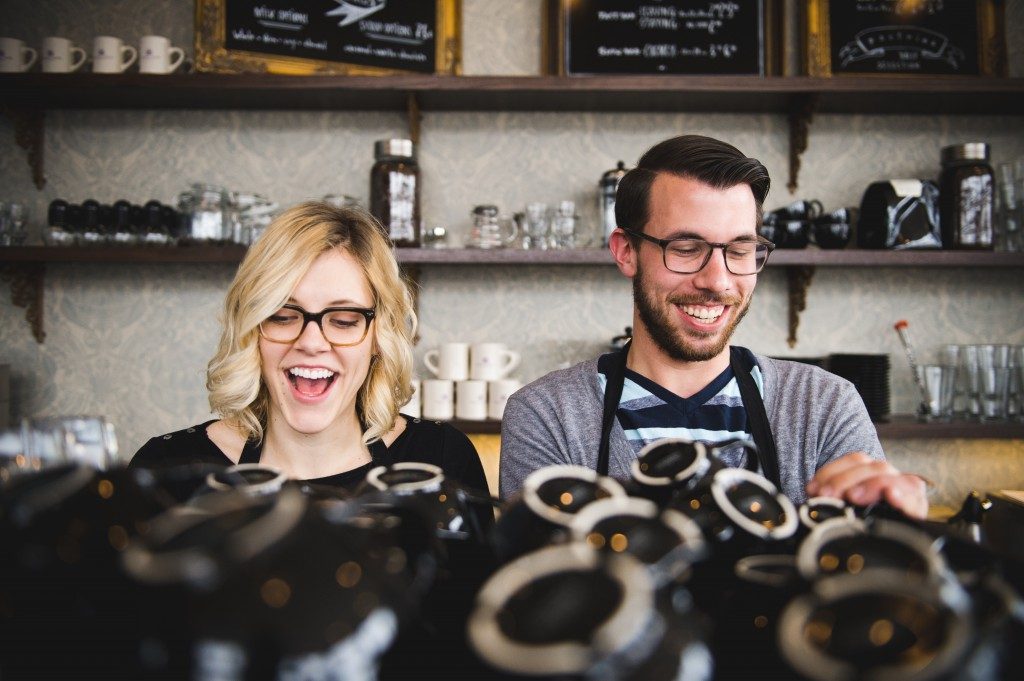 A royal mocha, fit for a King

Coffee shop with a mission: Two young Christians develop Purple Door Coffee as a means to serve the homeless.

Bobby Ross Jr.
DENVER — Purple Door Coffee won’t be an ordinary coffee shop.
Neither will it be a zoo.
That’s the vision of Madison Chandler and Mark Smesrud, 20-something Christians whose shop will employ teens and young adults transitioning away from life on the streets.
“We don’t want it to be like, ‘Come look at all these homeless people and ask them questions about how hard their lives have been,’” said Chandler, 24, a 2010 graduate of Freed-Hardeman University in Henderson, Tenn.
“A lot of them have been through some really terrible stuff, and we want to create an environment that they’re proud of and can learn, grow and be respected in,” she added.
Customers who walk through the shop’s purple door won’t notice a sign labeling the business as a Christian ministry.
Nor will a banner identify the barista as a homeless person.
“If people learn of your mission, they may come once or twice if your coffee’s just OK,” said Smesrud, 25, a 2010 graduate of York College in Nebraska. “But if you are a great coffee shop and have a great mission, that’s actually a better business model.”
But make no mistake: Christ — not cappuccino — is the real passion for Chandler and Smesrud. They make no secret of their desire to expose employees and customers to Jesus.
Churches of Christ in the Denver area have helped raise funds to launch the nonprofit Purple Door Coffee — an extension of the Dry Bones Denver homeless ministry.
The shop is expected to open soon in Denver’s historic Five Points neighborhood.
“Mark and Madison are seeking a way for their homeless friends to attain job skills and raise their standard of living while retaining their dignity,” said Collin Packer, lead minister for the Littleton Church of Christ, south of Denver. “If Jesus were in Denver, it might just be how he would spend his time.”
Chandler and Smesrud — friends who became ministry partners — developed the vision for Purple Door Coffee after interning with Dry Bones in the summer of 2009.
“Mark and Madison are exceptional in every way, and we couldn’t imagine a better pair to lead this new life-changing endeavor,” said Matt Wallace, a Dry Bones staff member.
Chandler grew up in the Campbell Street Church of Christ in Jackson, Tenn., and was a fifth-generation student at Freed-Hardeman, where she majored in psychology.
Her brother — whose name is Denver, just like the city to which she believes God led her — has Asperger’s syndrome.
Now 22, Denver had a hard time making friends, she said.
“I think growing up with a brother who was different opened my eyes to this whole world of people that have a hard time finding where they fit in society,” said Chandler, who worships with the Lakewood Church of Christ, west of Denver.
“From as early as I can remember, I always noticed kids who were left out,” she added. “When I interned at Dry Bones, I met so many beautiful kids who had been left out. And I loved it so much. These are my people.”
After earning a Bible degree at York, Smesrud — who grew up in the Minot Church of Christ in North Dakota — served as a youth ministry resident for the Highland Oaks Church of Christ in Dallas.
But he, too, found himself drawn to the homeless teens and young adults in Denver.
“Even in my youth ministry, I realized the kids I connected with best were the ones that were on the edge of the youth group,” he said. “I didn’t connect with the kids that were right. Well, I could connect with them, but the ones that my heart really cried out for were the ones on the edges.”
Chandler came up with the name Purple Door Coffee.
Purple is the color of royalty.
“We want to treat every person that comes through our door like royalty, no matter if they are an employee or a customer,” Smesrud said. “We believe that every person has incredible value, and we want to recognize that in our space and just how we live.”