A tweet by a high school teammate, who now preaches for a Church of Christ, goes viral.
Murray Evans

As a high school friend of Patrick Mahomes, Spencer Shaw was thrilled to see his former teammate – now the quarterback of the Kansas City Chiefs – celebrate winning the Super Bowl on Sunday night.

Like a good number of 24-year-olds would do, Shaw tweeted about it.

But the minister for the Tuttle Church of Christ in Oklahoma had a little something extra — dare we say prophetic? — in his tweet, along with photographic evidence.

When you predicted @PatrickMahomes would win the Super Bowl all the way back when y’all were in high school #SuperBowlLIV #GoChiefs #903 pic.twitter.com/2Or6e2pGNg

That tweet — which read “When you predicted @PatrickMahomes would win the Super Bowl all the way back when y’all were in high school #SuperBowlLIV #GoChiefs #903” — quickly went viral, even as Shaw hopped on a flight Monday morning to travel to Tennessee, where he’s been attending the annual Freed-Hardeman University Bible Lectureship this week.

Through Wednesday afternoon, Shaw’s tweet with his prescient prediction had more than 12,200 retweets and more than 136,500 likes, including one from Mahomes himself. Shaw has become a minor celebrity, doing interviews with the BBC, CNN and ABC’s Good Morning America (among others) and having his tweet shown on ESPN, Bleacher Report and other well-known sports media outlets.

I'm not sure who Spencer Shaw is, but I do know that, six years ago, he made an epic prediction regarding Super…

Posted by Traces of Texas on Wednesday, February 5, 2020

He’s also had the occasional Freed-Hardeman student approach him this week, asking if he’s the guy who posted that tweet.

“I never thought saying that back in high school would blow up like this,” Shaw said Wednesday, chuckling. “I expected it to get a little bit of traction, but nothing like this. I actually had one student who asked me to sign a picture of the tweet!”

Great to see Spencer Shaw at FHU today. He’s the one who predicted Patrick Mahomes would win the super bowl way back in…

Shaw and Mahomes have known each other since their third-grade year and both were multi-sport athletes at Whitehouse High School, just outside Tyler, Texas. Shaw eventually focused on basketball and track and field, while Mahomes excelled at football, baseball, basketball and track. Both graduated in 2014. 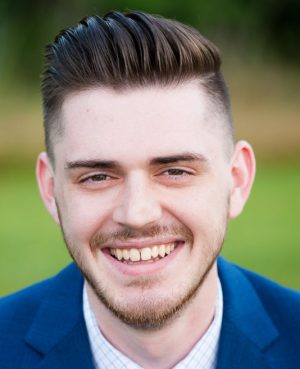 “We weren’t best friends, but we were good friends,” Shaw said. “We did run in some of the same circles. We played sports together and we grew up around each other. Our dads grew up in the same town in east Texas.”

When it came time to answer a question for the 2014 high school yearbook – “What are you looking forward to most about your class reunion?” – Shaw thought of his friend and said, “Seeing Patrick Mahomes’ super bowl ring.”

Shaw doesn’t claim to be clairvoyant, acknowledging that, “I don’t know what was all going through my head in saying that, but I knew the way we thought of Pat and his success. It didn’t matter what sport he was playing, he was going to excel at it. Playing with him and watching him, he had that ‘it’ factor. He had a great work ethic and he’s an absolute great guy. When you start putting those things together … it just made sense to most of us who grew up with him.” 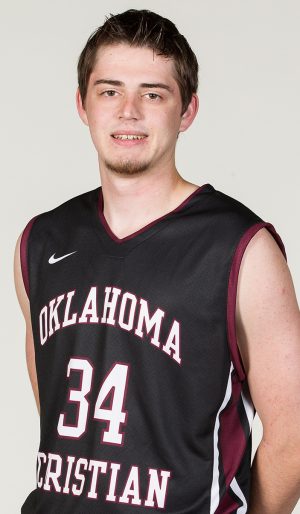 After graduation, Shaw went to Oklahoma Christian University, where he played basketball at the NCAA Division II school before graduating in 2018, while Mahomes – who was drafted by Major League Baseball’s Detroit Tigers – eschewed that pro baseball opportunity for a football scholarship at Texas Tech before being drafted by the NFL’s Chiefs.

Shaw said he and Mahomes communicated for a couple of years after high school but have since lost touch. Shaw hopes his tweet going viral might change that. For the time being, Shaw is enjoying his connection to one of the world’s most famous athletes and his moment of social-media glory.

“It’s been fun to have a little bit of fame this week,” Shaw said. “I’m just enjoying while it’s here. It’s been a lot of work though, because a lot of people have wanted to talk to me. I’ve tried to not let it get to my head, because it will be gone as quickly as it came.”

“…I knew the way we thought of Pat and his success. It didn’t matter what sport he was playing, he was going to excel at it.”

Shaw will return to Oklahoma in time to preach during Sunday’s service at the Tuttle church, and he says he might just be wearing Chiefs gear while doing so. He fully expects good-natured ribbing from his friends, most of whom haven’t seen him since his viral tweet.

“I think I’ll probably mention (the tweet) at some point on Sunday” during the sermon, Shaw said. “I joked with a friend, as viral as this has become, I will be upset if we don’t have 500 people there Sunday!”

‘I want these kids to see the heroes around them’

As a youth minister, Michael Anderson preaches about the dangers…