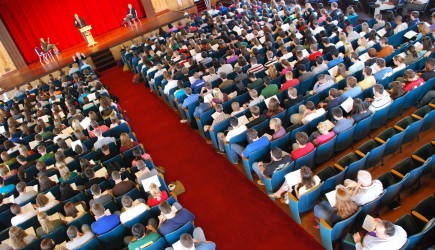 Bobby Ross Jr.
TEMPLE TERRACE, Fla. — Stumpy the alligator lives here.
So named because of a missing forelimb — the result of a clash with a rival gator — Stumpy hangs out below Florida College’s boardwalk along the Hillsborough River.
“The students shouldn’t feed him but do,” Ralph Walker, the college’s director of public relations and alumni, said with a laugh.
A 500-student Christian college in a suburb 20 minutes northeast of Tampa, Florida College draws about 90 percent of its students from the nation’s nearly 2,000 non-institutional Churches of Christ.
However, the 62-year-old higher-ed institution remains a relative unknown to the so-called mainstream branch of the fellowship, which includes about 9,800 congregations. (An additional 554 one-cup churches and 510 non-class churches are listed in the most recent edition of Churches of Christ in the United States.)
“We have tried mailing (recruiting letters) to mainstream kids … but probably what hurts us a little bit is just the name awareness,” said Matt Qualls, director of admissions. “Florida College doesn’t mean a lot to somebody who doesn’t know much about who we are.”

For those old enough to remember the institutional vs. non-institutional debate of the 1950s, Florida College won’t need any introduction. The basic point of disagreement, then and now: Can a congregation fund institutions such as orphanages and Christian colleges or participate in missionary cooperatives that make use of a “sponsoring church?”
As the fight over institutionalism became more heated and divisive, Florida College stood alone among colleges associated with Churches of Christ in clearly siding with those opposed to church donations.
By the end of the 1950s, Gospel Advocate “had targeted the college as a haven for radicals and marked its teachers and students as ‘antis,’” according to The Encyclopedia of the Stone-Campbell Movement.

Half a century later, Florida College President C.G. “Colly” Caldwell said time has helped heal the bitterness and hard feelings that marked that era.
As Walker described it, “We’re far enough from the personal acrimony … that we can at least treat each other cordially.”
But Caldwell, who first came to Florida College as a student in 1961 and has served as president since 1991, said the differences in doctrine and practice remain the same.
While its entire board of trustees must be active members of the Church of Christ, Florida College won’t accept donations from churches or even send a choral group to sing at a church.
Rather, it relies on support from individual Christians.
Asked if the college’s leaders consider institutionalism a salvation issue or a matter of conscience, Caldwell told The Christian Chronicle: “We would consider it on the same basis that we would, say, with the Christian Church over instrumental music or the missionary society.”
CAMPS USED TO RECRUIT
Students clad in jeans sang a cappella from blue “Praise for the Lord” hymnals as they gathered for chapel at Florida College on a recent Friday.
The young men leading the service wore suits and ties, as is customary.
Afterward, 19-year-old Kori Pierson and a group of friends chatted outside before their next class. Like many students, Pierson, a sophomore from Dade City, Fla., got to know many of her future classmates even before she arrived.
Each summer, Florida College operates 21 one-week summer Bible camps all over the nation, from California to Oregon, Louisiana to Minnesota and Florida to New Jersey.
The camps, which draw 4,000 young people and involve about 500 volunteers, serve as the college’s major recruiting tool.
Since Florida College doesn’t recruit through churches, Walker said, “We have to work a little harder to find out who our kids are and where they come from. That’s why our camps are so important to us.”
In Pierson’s case, she spent a week each summer for eight years at Carolinas Mountain Camp in Flat Rock, N.C.
“It was truly a life-changing experience,” Pierson said in an e-mail. “My brother and I both attended the camp, and we never thought twice about the 10-hour drive up to camp or the fact that our family never went on a ‘real’ summer vacation because of it.
“I grew so much from going to camp,” she added. “I learned a lot about what it was to be a young Christian and how to be just as effective in the Lord’s army at the age of 13 as at the age of 30. I met friends there that I feel are the closest people in my life, and it had a huge impact on my deciding to attend Florida College.”
Like Pierson, Cassie Spargo, 19, from Florence, Ky., said she never really considered any other college.
Spargo, who attended the college’s camp in Oregonia, Ohio, for nine years, said her brothers, sisters, mother, aunt and uncles all attended Florida College.
“It was a given for me to come here,” she said.
When welcoming new students to campus, Walker said he asks how many had a parent or grandparent attend Florida College. Inevitably, 60 percent or more raise their hands, he said.
“We are an incredibly tight family of people,” said Walker, a student in the 1970s. “I can go anywhere in the United States (and run into friends). You can hear this from our sister schools, I realize, so it’s not totally unique. But perhaps it is because of our size and the intimacy with which we know each other — the kind of friendships that start at camp.”

TO STAY OR TRANSFER?
Until 1996, Florida College offered only two-year associate’s degrees.
Since, it has added four-year bachelor’s programs in Bible, elementary education, liberal arts, music and business.
Still, most students transfer after their junior year — many to the nearby University of South Florida and a large contingent, surprisingly enough, to Western Kentucky University in Bowling Green.
“For some reason, decades ago, Western Kentucky became a popular school of transfer for Florida College students — a way to go up there and maintain the community they have here to some degree,” Walker said.
“That’s odd because most of our students come from Kentucky.”
Pierson, who worships at the Henderson Boulevard church in Tampa, said she plans to transfer to USF next fall and major in art.
“I’m hoping to find an apartment or house nearby and keep in touch with the people here,” she said.
Madeline Bunting, 22, a senior whose father, David, preaches for the Northfield Boulevard church in Murfreesboro, Tenn., said she originally planned to transfer to Western Kentucky.
But she decided to stay at Florida College and major in music. Although the college doesn’t offer a degree in elementary music education — her chosen field — she said she’ll have time to gain her certification after she starts teaching.
“We all love it,” she said of Florida College. “I love all the friends.”
A shortage of dormitory space requires most upperclassmen to live off campus, even if they chose to remain at Florida College. But the college is investing $14 million in new residence halls that will house an additional 320 students.
Asked if he would like to see more students remain at Florida College, Caldwell smiled.
“I get up every day in chapel and challenge them to stay next year,” he said.

FLORIDA COLLEGE
LOCATION: Temple Terrace, Fla., a suburban community 20 minutes northeast of downtown Tampa and 45 minutes from the Gulf Coast shoreline.
WEB SITE: www.floridacollege.edu
ENROLLMENT: More than 500 students from more than 35 states and six foreign countries.
SPIRITUAL LIFE: About 90 percent of students come from non-institutional Churches of Christ.
DEGREES: Associate in Arts, Bachelor of Science in Elementary Education, Bachelor of Arts in Liberal Studies, Bachelor of Arts in Biblical Studies, Bachelor of Arts in Music and Bachelor of Science in Business.
HISTORY: First known as Florida Christian College, it was chartered in 1944 by a group of Florida businessmen and church leaders. It opened in the fall of 1946 with 100 students. The name was changed to Florida College in 1963. The first four-year degree program, in Bible, was added in 1996.
—
This story is the first in an occasional series called “The Scene,” focusing on people, issues and trends on campus. 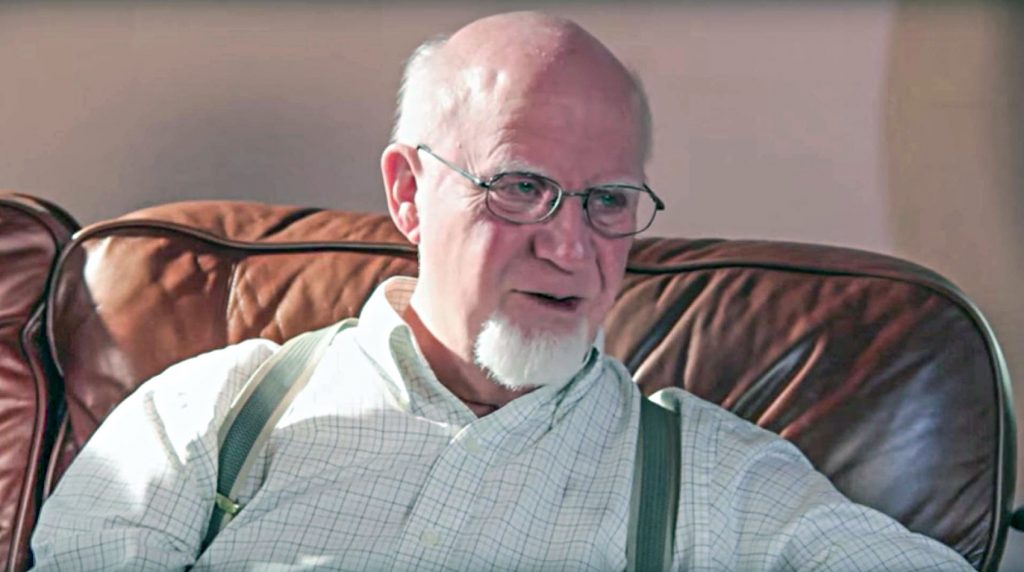 For more than 30 years, Edward Fudge’s outside-the-mainstream teaching on… 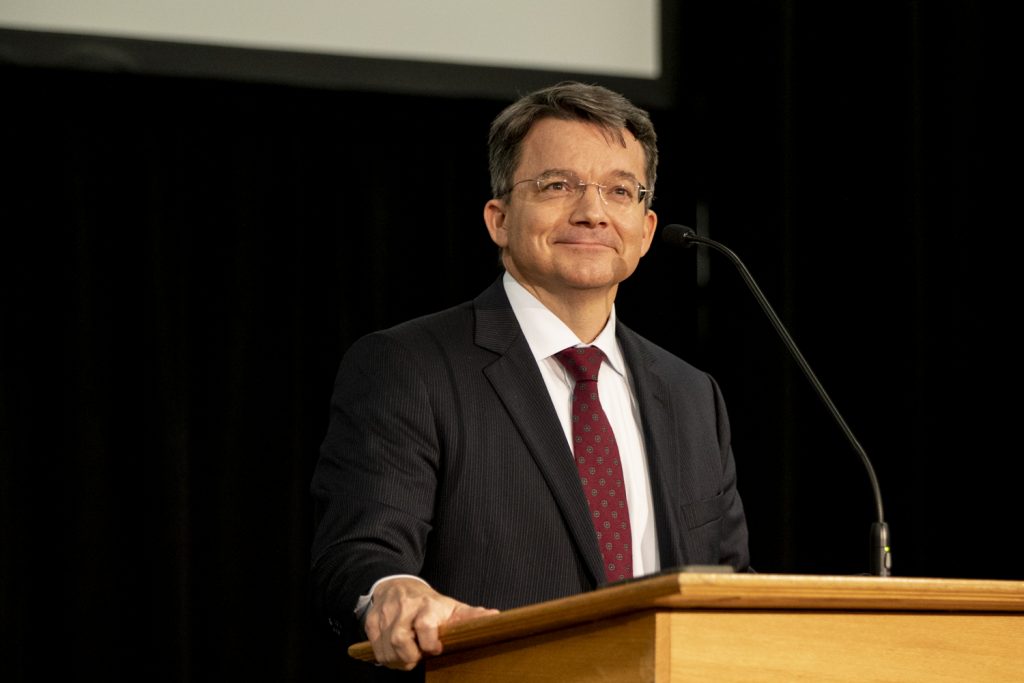 John Weaver will be the sixth president of Florida College,…