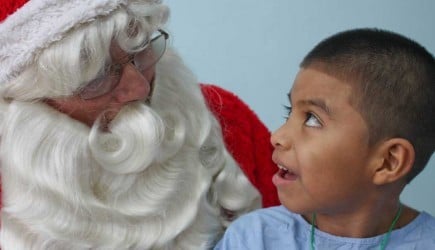 Erik Tryggestad
METETI, Panama — In 90-degree temperatures, visitors from the United States sweat and scratch bug bites as they unload egg crates spilling over with colorfully wrapped presents.
Despite the festive trimmings, the Christmas spirit seems elusive here. That is, until the children arrive.
Quicker than one can shout “Feliz Navidad!” scores of children surround the visitors, beaming with the same smiles of anticipation as their northern counterparts.
“Many children here have never received a gift,” said Jose Calderon, a minister who assists mission teams. He and other Panamanian Christians choose the sites and handle most of the logistics for the gift distribution.
Church members from about 70 congregations, from Nebraska to Maryland, filled 4,600 plastic shoeboxes with toys and personal items for Operation Christmas Joy, an annual event sponsored by Alabama-based Panama Missions.
Director Larry Brady and a small group of volunteers traveled to Panamaand helped distribute the boxes in schools, churches and rural villagesinhabited by Panama’s indigenous people, including the Kuna and EmberaIndians.
In the Kuna village of Ipeti, children started asking when the “gringos” were coming at 7 a.m., said Alvareno Ponce, one of twoministers for a small Church of Christ on the outskirts of the village.Later, the youths march into the church building and sing hymns intheir native Kuna language and Spanish. Then they line up as Poncedistributes stacks of presents.
In Meteti, 5-year-old Yarilis de Gracias quips “Barbie!” when asked toname her favorite gift in her shoebox. But the fashion doll is quicklyset aside when the child discovers her new Dora the Explorer jump rope,which she promptly tries out.
GIFTS FOR A ‘FORGOTTEN PROVINCE’
“We may not be preaching, but this is an evangelistic trip,” Bradytells the church members at a morning devotional in Sanson, a smalltown near Meteti in Panama’s Darien province.
This is Brady’s eighth visit of the year to Panama, and he hasn’t donemuch preaching on any of them. Instead, he’s helped push suppliesacross customs for medical mission teams and helped install a generatorthat will power a small medical facility next to the Church of Christin Sanson.
Brady, an elder at the Davenport, Ala., Church of Christ, first visitedthis crooked arm of land, which connects the continents of North andSouth America, while working for the U.S. Air Force. As crew chief fora C-130 transport aircraft, he traveled to about 40 countries, but inPanama he found “some of the sweetest people I’ve ever met.”
Using vacation days, he returned to Panama twice each year until heretired in 2003. Now 61, he has seen Panama Missions grow in scope fromevangelism to include medical missions, construction teams, reliefdistribution and a scholarship program for Panamanian youths. Churchesin states including Alabama, Mississippi and Colorado contribute fundsand workers to Panama Missions, which is overseen by the Childersburg,Ala., church.
Much of the ministry’s work is concentrated in Darien, an easternprovince of Panama that borders Colombia. U.S. visitors, and even somePanamanians, avoid the region because of its reputation for drugsmuggling and kidnapping by Colombian rebels. Mission teams get policeescorts into Darien’s most dangerous regions. They also work amongcommunities near Torti, a town just west of Darien.
Andreas Dominguez, an entrepreneur in Torti, said he’s glad whenmission teams come to town — not just because they eat regularly at hisrestaurant.
“I like to see what you do,” Dominguez said.
The people of Darien suffer from poverty and a lack of social services,and the church members’ work makes a difference in what Dominguez callsPanama’s “forgotten province.”
Mike Ray, a member of the Childersburg church, makes regular trips withPanama Missions and says he finds the time spent here a blessing.
“I get more out of this than anything I’ve done,” he said. “The peopleare so receptive … so open to the Gospel. I don’t remember a singletime I’ve been turned down for a Bible study.”
Such experiences lead other Christians to visit — and revisit — the country, Brady added.
“It’s not because you enjoy hot weather or cold showers,” he said. “It’s the people that bring you back.”
MAKING HOSPITAL ROUNDS
After enduring high humidity and pesky insects in rural Panama, Bradybattles Panama City’s bumper-to-bumper morning traffic to reach theHospital del Nino (Children’s Hospital). Donning a red suit with whitetrim, he and his helpers — who don’t much resemble North Pole elves —walk the hallways with big smiles.
“Santa! Santa!” a little girl yells as she bounces on her hospital bed.Other children aren’t so sure about the tall, white-bearded gringo. Butmost warm up to him — especially after he hands them shoeboxes brimmingover with goodies.
“Those boxes are just great,” says J. Thomas Ford as he watches a childspread out his new treasures on his blanket — crayons, coloring books,toy cars and flip-flops.
Ford, a native Panamanian, serves on the hospital’s board of directors.A devout Episcopalian, he oversees The Gift of Life Foundation, whichhelps underprivileged children receive medical services.
Ford helps Brady coordinate gift-giving visits to medical facilities inPanama City, including a rehabilitation center, cancer center andpediatric hospitals.
When Brady meets children in need of medical care, Ford helps them findtreatment in Panama City. Likewise, Ford contacts Brady when heencounters a patient in need of services that Panama Missions teamsprovide, including cataract surgery.
“He knows Panama better than I know Panama,” Ford said of Brady. “Ihave seen what he’s done in the lives of the Panamanian children. I’veseen him on the bedside of a mother whose (child) was dying. And he waspraying with them.”
One of Ford’s cousins was visiting the Hospital del Nino andaccompanied the group as it made the rounds. He watched as churchmembers hugged the children, laughed with them and shed tears withtheir parents.
The next morning, while strolling through a park, he asked Ford, “What inspires those people to do all this?”
In response, Ford simply lifted his gaze skyward. His cousin got the message, he said.
For more information on Panama Missions, see www.panamamissions.com.

Retired missionaries Ken and Pat Beckloff were walking to market… 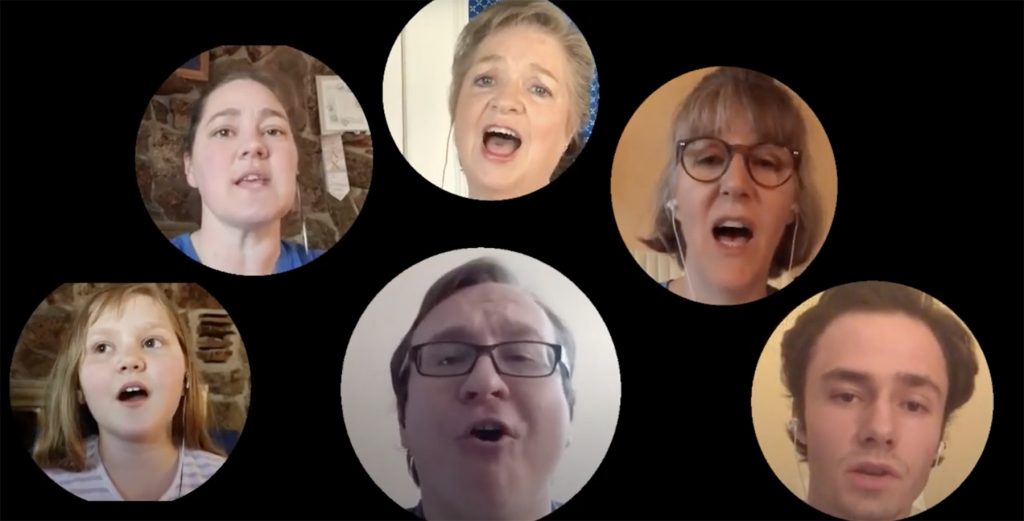