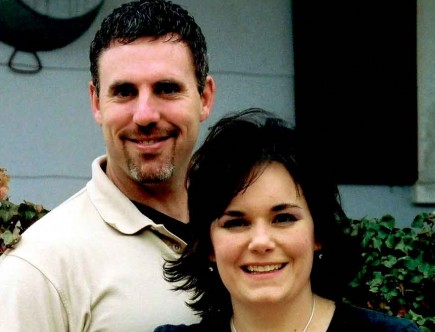 A minister’s escape from sexual addiction

Bobby Ross Jr.
Sometimes, the temptation would strike in the middle of the afternoon, while youth minister Steve Holladay worked on a Bible lesson or responded to e-mails from church members.
Like a cocaine addict in need of a fix, he’d close his church office door and drown himself in a sea of pornographic Web sites.
Many other times, he’d wait until his wife, Holly, fell asleep. Then he’d go into another room and enjoy the rush as sexual fantasies filled his mind.

Without fail, though, the high gave way to a low, and he’d fall into a pit of depression and regret. He’d wonder how he— a Christian college graduate, a husband and father of four, an elder’s son, the grandson of preachers — could be trapped in such a ridiculous cycle of sin.
He’d beg God for forgiveness and commit never to do it again.

But deep in his own mind, he knew it was a promise he would not keep.
EASY ACCESS, HARD FALL
For Christians and non-Christians alike, sexual temptation is nothing new.
What is new is the proliferation of pornographic Web sites, available at the click of a mouse.
“It’s just a temptation that previous generations did not grow up with,” said John Bentley, information technology director at Freed-Hardeman University in Henderson, Tenn. “You had to show your face in a store and actually lay a magazine out or a video … and pay money.”
But now, three A’s — accessibility, affordability and anonymity — make porn easily available even to folks who would never subscribe to Playboy magazine or set foot in an adult video store, Bentley said.
Roughly 40 million U.S. adults visit X-rated sites regularly, spending an estimated $2.5 billion annually. But much of the pornographic content online can be accessed for free. Moreover, roughly nine out of 10 children have been exposed to pornography online, according to the U.S. Justice Department.
Beyond that, many hotels sell adult movies — in discreet fashion — to their overnight guests. And soon, full-motion porn video could make its way to cell phones and tiny, portable media players such as iPods.
Bentley, a member of the Campbell Street Church of Christ in Jackson, Tenn., surveyed Church of Christ members on the pornography problem last year. More than 4,000 members, including ministers, elders and deacons, responded to the voluntary survey.
Forty-five percent of men who participated in the survey strongly agreed or agreed with this statement: “I have struggled with Internet pornography as a temptation.” Thirty percent of the males acknowledged viewing Internet pornography on more than 25 occasions.

“We’ve hardly scratched the surface of the issue,” Halstead said. “Of course, a big part of it is because it’s such a hidden thing. It’s almost come to the point where I’m not surprised anymore when a man — whether a minister or other church leader — says they’ve struggled with it or are struggling with it.”
A PROBLEM FOR MEN, AND WOMEN
As Marnie Ferree puts it, “Pornography is the drug of choice among Christians.”
For many years, the daughter of a minister struggled herself with promiscuity and extramarital affairs. Now, Ferree directs Bethesda Workshops, a clinical, faith-based treatment program for sexual addiction sponsored by the Woodmont Hills Church of Christ in Nashville, Tenn.
While some see it mainly as a problem faced by men, Ferree suggests, “Women definitely struggle with pornography and other forms of sexual sin — at almost the same rate as men.”

By age 13, Steve Holladay regularly led singing at church and helped organize youth activities. He even preached a time or two.
He was the type of teen that adults respected and mothers prayed their daughters would marry.
Or so it seemed.
Even at that young age, Holladay’s addiction consumed him. His family moved often, and the teen retreated to a world of sexual fantasy to deal with the loneliness and isolation he sometimes felt.
“The longest time I ever remember going between episodes was a week at Bible camp,” he said. “Without fail, by the time I was home for a day or two, it was right back with me.”
By age 20, as a Freed-Hardeman student studying to become a youth minister, he started renting movies with sexual themes and nudity. He always watched the movies alone and hid his addiction from everyone.
“This was a totally isolated and separated part of my life, because it was so totally opposite from the rest of my personality,” he said.
“It would be like flipping a light switch on and off. My heart’s desire has always been to please God and be the person he wanted me to be. So, the point when I would turn to this again, it was as if another part of me was taking control.”

A MATCH MADE IN CHORUS Holladay dated often at Freed-Hardeman and maintained appropriate boundaries in his relationships, believing that God wanted sex to wait until marriage.
He met his future wife, Holly, in the fall of 1990. They sang together in the university chorus.
“I felt like he liked me for who I was and not what I looked like or what he could get from me,” Holly said.
After dating for a year, they married.
Steve felt as if he had found a buried treasure that would make his sexual issues disappear. “Because in marriage, everything is OK and pleasing to God, and all the rest of the stuff will be gone,” he thought to himself.
But not long after the honeymoon ended, his preoccupation with fantasy returned, along with his desire for video stimulation.
To everybody else, Steve seemed like the perfect husband: He was a respected youth minister. When the couple adopted two children and later welcomed two biological children, Steve helped with the housework and bathed the children.
Yet, Holly couldn’t help but feel an emotional distance, a lack of intimacy, “just this whole part of Steve that I couldn’t get to,” she said.
After about eight years of marriage, they entered counseling. Their relationship improved, and they even taught marriage-enrichment classes for other couples. But Holly still sensed that something was missing.
‘REMORSE, GUILT, PLEADING WITH GOD’Steve’s first exposure to Internet pornography came while working as a youth minister in Kentucky. After accessing porn from his church office a few times, he left a note with a fellow minister before departing on a youth mission trip.
“If your eye offends you, cut it out,” said the note, which asked the minister to disconnect the Internet service in Steve’s office. When Steve returned from the trip, the Internet was disconnected. No one ever asked him about the note.
By the time Steve took another job, as a youth minister in North Carolina, e-mail had become so important that he could not function without the Internet in his office.
Sometimes, he’d go weeks or months without accessing porn.
But then he’d find himself stressed or agitated and succumb to the temptation. (His sins always involved fantasy; he never acted out his desires sexually with another person.)
“I’d log on and hours later recognizewhat I was doing,” he said.

“There would be remorse, guilt, pleading with God for forgiveness.”
Then it would happen again.
ROAD TO RECOVERYFour years ago, Steve came across a sexual addiction screening tool offered by Bethesda Workshops. He answered the 20-plus questions, and his score — as he recalls — shot “off the top of the chart.”
Finally mustering the courage to admit his addiction, he picked up the telephone and called Ferree.
He enrolled in a week-long addiction workshop. When he returned home, he confessed his sins to Holly and the church elders, who were supportive.
“More than anything, I was relieved because I knew that was the missing link,” Holly said. “For so many years, it had been this unknown issue. And, a lot of time, I thought it was me, that I was crazy.”
Steve installed filtering software onhis computer, developed relationships with accountability partners and — maybe most importantly — started talking openly about his sins and struggles.
With his wife’s approval, Steve abstained from all forms of sex for 30 days and focused on becoming more intimate with God.
“I’ve gone from feeling totally distant and separate from God to having a very refreshingly intimate and welcome relationship with him,” Steve said.
TABOO TOPIC?Now a member of the Providence Road Church of Christ in Chesapeake, Va., Steve leads a ministry called Ultimate Escape.
Its goal: to address addictive sexual behaviors among adolescents.
Ultimate Escape is just one example of a number of efforts among churches of Christ to fight porn.
Meador, the Dallas minister, focuses on the issue at “Weekend of Champions” men’s seminars. Congregations such as the Green Lawn Church of Christ in Lubbock, Texas, sponsor sexual addiction support groups. The Naperville Church of Christ in Illinois recently hosted a seminar featuring Douglas Weiss, a self-described recovering sex addict who directs Heart to Heart Ministries, an evangelical organization based in Colorado Springs, Colo.
At Wichita Christian School in Wichita Falls, Texas, teachers address sexual purity, modest dress, Internet chatting and sexual predators in gender-specific Bible classes. Greater Atlanta Christian Schoolin Georgia, meanwhile, has booked officials with the anti-porn site xxxchurch.com to speak to students at a special assembly this month.
But for many in the church, porn remains a taboo topic.
“I talked with the minister of one rather prominent church in the Southeast about supporting the Ultimate Escape ministry, and he was very candid,” Steve said. “He said, ‘For our church to support that, our elders would have to deal with that in their own lives, and they’re not there yet.’”
A NEW LIFESince seeking help, Steve acknowledges that he has slipped a handful of times, but he said, “Ninety-nine percent of the last four years has been a very nice recovery.”
For her part, Holly characterizes the marriage as healthy. She and her husband are extremely open, she said, in talking to their children about issues related to sex and pornography.

Their 8-year-old, for example, knows to look away if he sees a risque magazine cover at the grocery store or to turn the channel if a steamy commercial comes on television.
Steve copies Holly on e-mails he sends to other women and uses the computer in open view of others. Holly knows how to check the history of sites Steve has visited.
“Once I knew he had been honest with me,” she said, “I felt like I could trust him more than all those years when I couldn’t quite figure out what the problem was.”
As for Steve, he said he feels like hehas reached a place of peace. True peace.

“There is a deep intimacy with God,” he said,“that I never thought would possibly occur in my life.”