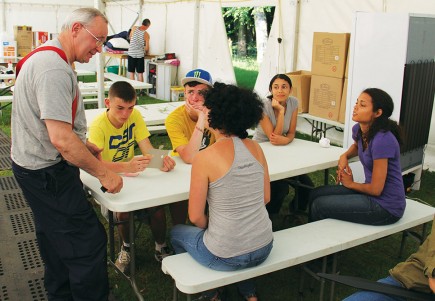 Erik Tryggestad
President and CEO
COLERAINE, Northern Ireland — In this small corner of County Londonderry, about 25 believers gather for Sunday worship at the Church of Christ where Bert Ritchie preaches.
Their numbers are down a bit, as several have traveled two hours south to set up Camp Shamrock, which starts tomorrow.
Nonetheless, the sparse crowd fills the humble auditorium with a cappella hymns, sung in a rich Irish brogue.
Lord, make us instruments of your peace. Where there is hatred, let your love increase.
Ritchie, a soft-spoken 64-year-old, rarely seen without suspenders, stands at the pulpit and talks about his preference for potatoes over pasta. (After all, he is Irish.)
He turns the discussion to the gift of free will and the book of Galatians, in which the apostle Paul urges Jewish and Gentile believers to put aside their differences and focus on their common kinship in Christ.
The sermon mirrors Ritchie’s ministry to his divided homeland, where people claiming loyalty to Catholic or Protestant churches waged a bitter, decades-long war that cost more than 3,600 lives and left countless others wounded.
In Northern Ireland, “everyone is linked to someone who suffered an atrocity,” he says.
Camp Shamrock, where he’s served children from Protestant and Catholic homes since the 1970s, allows youths to experience the values of Christian faith without the political overtones. In recent years, Ritchie also has helped coordinate an interfaith council in Northern Ireland, designed to bring healing and reconciliation to a land long divided.
MINISTRY IN A TIME OF WAR 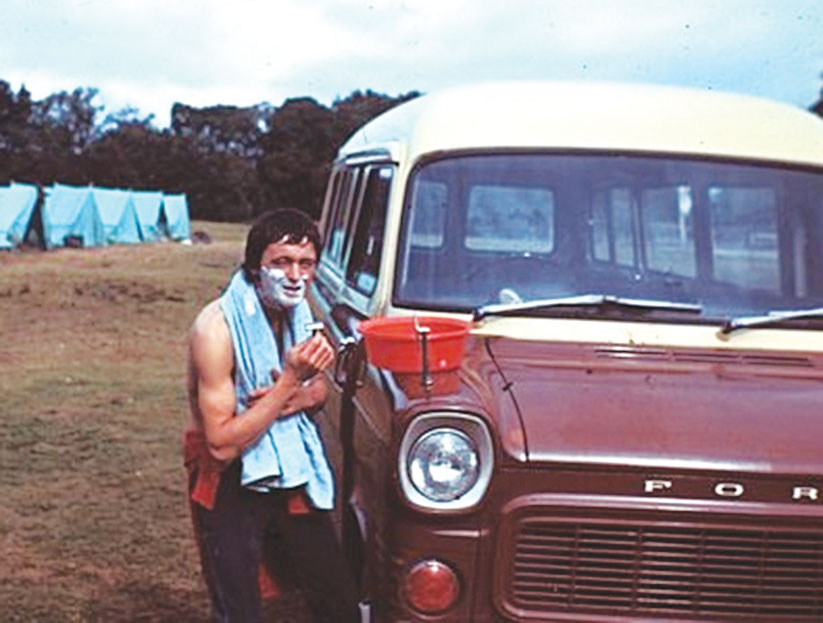 Ritchie was a self-described long-haired hooligan on a motorbike before he met members of Churches of Christ.
But he studied the Bible with them, was baptized and enrolled at the North Ireland Bible School, where he studied under Irish evangelist and author Jim McGuiggan.
He graduated in 1972, the same year that 13 Catholic protesters and bystanders were killed by British soldiers during a demonstration in Londonderry. “Bloody Sunday” — later immortalized by Irish rock band U2 — heightened tensions on the island and worsened “The Troubles.”
For Ritchie, preaching peace, love and forgiveness was difficult as the Irish Republican Army clashed with vigilante groups fighting “for God and Ulster.”
He ministered briefly in the U.S. and considered moving his family there permanently. Instead, he decided to continue to preach in his homeland — praying for an end to the war.
Those prayers were answered when, in 1994, the IRA declared a ceasefire. Four years later, the Good Friday Agreement was signed and the violence subsided.
David Trimble, leader of the pro-British Ulster Unionists, lauded the agreement and said, “I see a great opportunity for us to start a healing process.”
So did Ritchie.

CHANGING THE HEART OF A NATION
Now, 15 years after the Good Friday Agreement, signs of the ages-old division remain.
Camp Shamrock coincides with a month of parades in Northern Ireland, celebrating the 17th century victory of Protestant King William of Orange over Catholic King James II. Supporters of Britain display the Ulster banner, bearing a red hand and crown, alongside the Union Jack. In Catholic neighborhoods, the flag of the Republic of Ireland flies.
There’s no flag over Ritchie’s home, near the village of Bushmills. As chair of the Coleraine Borough Churches Forum, he interacts with Protestants, Catholics and other faith groups to build understanding and community. 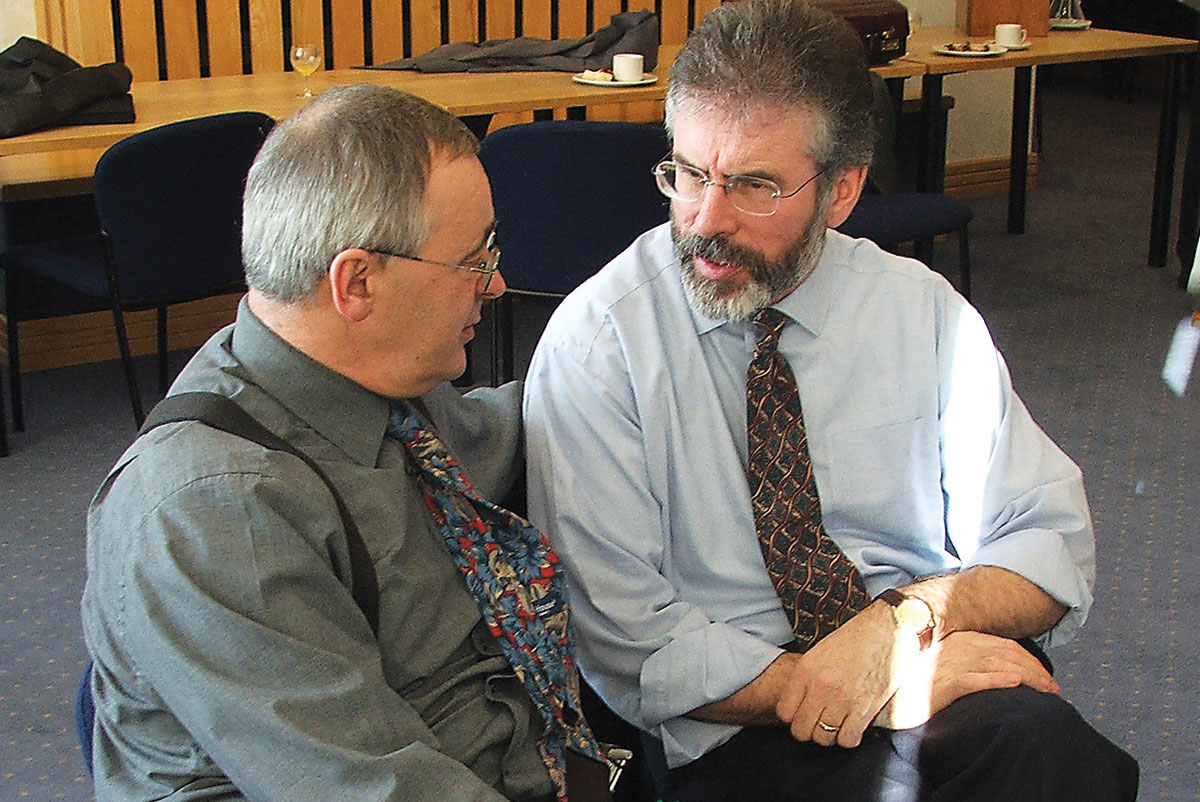 The group has parlayed with the president of Ireland and Gerry Adams, the leader of political party Sinn Fein, once banned from British airwaves.
Participants in the forum “don’t compromise belief systems,” Ritchie says, but agree to listen to each other and learn. On occasion, they spend time in prayer.
“For a nation moving out of conflict, sharing a room and praying together is a big achievement,” he says.
Fiona Bate, a member of the Coleraine Church of Christ, says that Ritchie’s ministry benefits the congregation and people across Northern Ireland.
“My only concern is that he slices himself too thinly,” she says, “but he is always there for people, and despite him being ‘The Quiet Man,’ he is really effective.”
Ritchie remains firm in his belief that, though “politics change a nation’s infrastructure,” only “religion changes its heart.”
Before leaving for Camp Shamrock, he emphasizes that point in his Sunday sermon about the apostle Paul.
Paul, once known as Saul, was a member of “the Jewish equivalent of the Taliban,” Ritchie preaches. Perhaps he wasn’t all that different from the radicals who terrorized Northern Ireland not long ago. Saul dragged Christians to their deaths, believing “that problems are best dealt with by eliminating them,” he says. “We cannot overemphasize the ferocity of this man.”
After his conversion on the road to Damascus, however, Saul’s attitude changed to one of tolerance.
“If God, through his grace, can change Saul of Tarsus, then there’s hope for me,” Ritchie says. And, when it comes to grace, “unless you have been the recipient, you will never be the instrument of healing.” 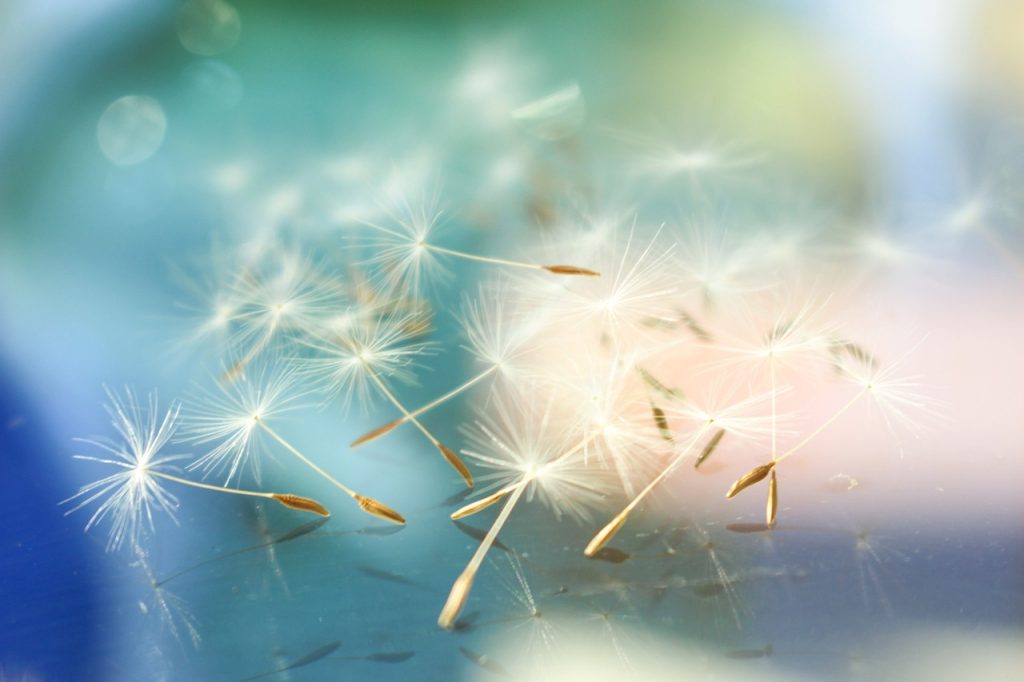