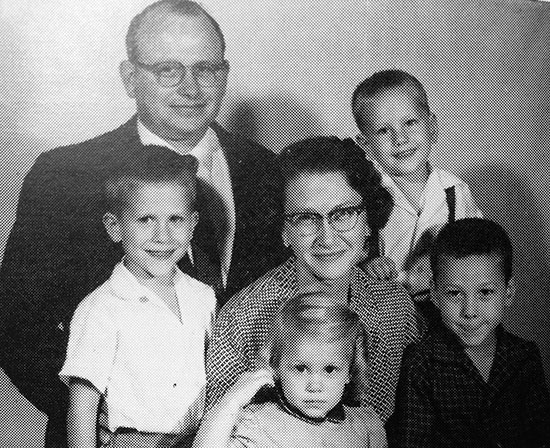 A love for her husband, Africa and the Lord

John was finishing his second year of college on a G.I. Bill. Dottie was working to supplement their income.
They met when John was working on a ranch in South Dakota after he had come from the military. Then Dottie Moreland, she lived on the adjoining ranch. They fell in love and married before leaving for college.

Insight | Bailey McBride
At Central Christian, they met Chuck Moore, Keith Robinson, Don Shackelford and Earl Edwards. All of them decided to transfer to Lipscomb College in Nashville, Tenn., where Dottie graduated in 1954 and John in 1956. During those years, they talked about going to Italy to do mission work. John completed a master’s at Peabody College in Nashville before teaching in east Tennessee while they raised support to go to Italy.
Then they spoke with Roger Church, a longtime supporter of African Christian Schools. Because of John’s leadership ability and his education background, Dottie says, Roger insisted that, instead of Italy, they go to Nigeria to strengthen ministry schools established there in the late 1940s.
This wasn’t in the young couple’s plans. Nonetheless, they stepped out in faith and moved to Nigeria in 1961. There they served — with a few returns to the U.S. for family reasons — until John died in Nigeria in 2001.
I asked one of their sons, Dean, to take up the story. He began by recognizing how much his dad relied on Dottie.
“He called on her for everything,” Dean said of their years before leaving for Nigeria. “And, of course, she would get after it. … They gardened and canned and had folks over constantly, and she was his secretary, typing what he needed. She bore four children and took care of them — and on and on.
“One of the biggest ‘calls’ he gave her was to go to Africa. That one took some real swallowing. Of course, she went, not certain what she’d find there, but trusting.”
In Africa, Dottie learned about mosquito nets, the medications needed to ward off malaria and “the medicines needed when we contracted it,” Dean said. “In many ways her own upbringing prepared her for this brave new world she found in Africa.
“No electricity? That’s how she’d grown up! And when the African rains would thunder down on us in the middle of the night, she would run around the house closing the shutters (we had no glass windows) to keep her family from a soaking.
“She had been trained as a teacher and taught in a one-room schoolhouse in South Dakota. Teaching her children was something she’d been prepared for.
“People were in need in Africa. Medical facilities in the 1960s were few and far between. I remember the lineup of folks daily to get medical treatment. Mom would ‘doctor’ them — applying disinfectants and antibiotic ointments and bandaging up the wounds that would come.
“And through all that adventure, she endured, grew, struggled, flourished, and stayed devoted to her ‘John’ and to her children.
“She laughed much, fought hard through the difficult times, cried, and stayed true to her family.”
Look for a continuation of Dottie’s story, including her involvement with The Christian Chronicle, next month.