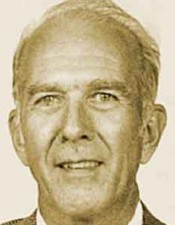 A love and legacy for Latin America: Remembering Jerry Hill

Erik Tryggestad
Rick Harper once asked Jerry Hill how an agriculture major from Abilene Christian University in Texas ended up doing mission work in Latin America.
Hill’s response: “Someone had to, and I could.”
Hill, a pioneering missionary to Guatemala, laid the foundation for missions to follow, including Health Talents International, a medical ministry directed by Harper.
Hill, a member of the Pleasanton Church of Christ in Texas, died Sept. 12. He was 82.
Hill and his wife, Ann, moved to Guatemala in 1959 and were among the first missionaries from Churches of Christ to work in the Central American nation.
Armando Hernandez was 10 years old when the Hills arrived, and the family was instrumental in his baptism — and the conversion of his two brothers.
“I accompanied Jerry on several of his missionary visits to small villages in his old Volkswagen bug, which he loved so much,” Hernandez said. “Jerry, with his gentle and humble spirit and his great smile, touched the lives of thousands of people in my country.”
The Hills worked in Latin America for more than 20 years — in Guatemala, Mexico, Bolivia and Argentina. They also helped plant the first congregations in El Salvador. Jerry Hill recently authored a memoir about his work, “Guatemala: Joy and Crown.”
Jerry Hill also inspired future missionaries, including Bill Richardson, who served in Guatemala, Argentina and Chile and now is director of the Center for Advanced Ministry Training at Harding University in Searcy, Ark.
“The English and Spanish languages together lack all of the superlatives that could be attributed to this great man of God and his partner, Ann, in the years of service they have provided,” Richardson said.