A hymn of praise, a joyful noise or a song of fools?

Gary P. Wilson
Popular music culture exerts tremendous influence on church music. The contemporary Christian music movement began with contemplative texts set to lyrical melodies that easily led one to a place of devotion. That music has evolved into Christian rock ‘n’ roll with semi-sacred texts set to music that sounds much the same as that heard on the local rock station.
It’s easy to criticize the similarities between Christian rock and what’s on the radio or iPod. But historically, composers have always used popular tunes or ideas in their church music.
As a music educator, I believe that a balanced blend of music is important in any worship assembly, and that all musical tastes should be addressed over a reasonable period of time. I actively look for contemporary worship music that is usable in our worship services.
Unfortunately, my search is often futile for two reasons: Contemporary worship music often includes texts that are simplistic, and the hymn arrangements frequently are poorly written from a purely musical standpoint.
Everything about vocal/choral music revolves around the text. This is the first area to examine when looking at a new hymn arrangement. The text must be biblical and theologically sound. The text should teach me something, help me worship, take me into the presence of God or encourage my brothers and sisters, not confuse me with ideas that are untrue.
The poem must be well written, make sense and have something to say in an artistic manner. Not all the poetry has to be deep and profound, but the text must be thought-provoking, awe-inspiring or moving in some way.
The text is the first area in which many contemporary hymns fall short. Thomas Gieschen suggests that these texts should actually be called sub-Christian, “because they do not proclaim any message about God or faith.” They are pleasant enough, but lack roots or depth. They might be described as spiritual and musical milk, songs that are a good place to start, but unless served with some solid food, will lead nowhere.
A second problem with contemporary hymn literature is that many of the SATB — soprano, alto, tenor, bass — arrangements are poorly written. Many of the published arrangements in our hymn books would receive failing grades in a college music theory class because they break so many standard part-writing rules.
One of the basic rules in vocal writing is the idea of contrary motion. Simply stated, this means that all the voice parts should not go the same direction at the same time. If the soprano melody is going up, all the other voices should not go up, as well. This idea of contrary motion is especially true for the bass and soprano voices, which usually need to move so that one goes up as the other goes down, but may also apply to any two voices moving in the same direction at the same time. The difference between well written and poorly written is striking and significant.
That leads to these three practical suggestions on how to improve the music in our worship:
1. Examine the texts of the music we’re using. This is a highly emotional area where differences of opinion will occur, but if everyone agrees that a particular hymn text is poorly written or has nothing significant to say, why should we use that text in our worship? This may also force us to look at texts that have only one thing to say, over and over again, and decide if there is a better text to use.
2. Get a music professional involved in looking at the music we sing. We expect our preachers and ministers to have a college degree; our musicians should have a similar background. At the least, find a musician in the community who’s willing to evaluate the hymn arrangements and separate the wheat from the chaff. We all appreciate those who have good hearts and the willingness to lead, but some training is absolutely required.
3. Look for good music that is well written. Don’t assume that if it’s in the hymnbook, it must be good. Publishers are primarily in the business of selling. When a new piece of music becomes popular, a publisher’s job is to get hymn arrangements available as soon as possible. This doesn’t always lead to great arrangements. Look for the good ones. Avoid the bad ones.
The bottom line is that we shouldn’t be satisfied with presenting music to God that is less than the best we have to offer.
Congregational singing doesn’t have to be a concert, but it should be the best we can make it. We must teach our members the difference between music appropriate for private enjoyment and music suitable for public worship.
We must learn the difference between individual pleasure or having fun, and the corporate effort of worshiping God. New music should be included with older, more traditional hymns, but only music that is worthwhile and well written.
GARY P. WILSON is director of choral activities and associate professor of music at Lipscomb University in Nashville, Tenn. A member of the Smith Springs church in Antioch, Tenn., he earned his doctorate in musical arts from the University of Nebraska. 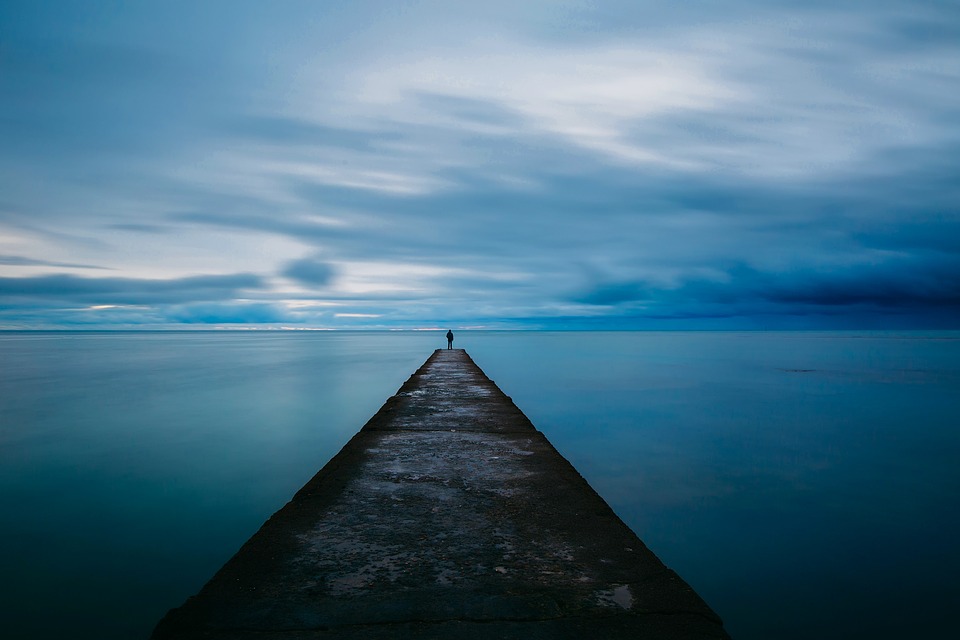 Review: A disconnect from the divine

‘Why does God seem so distant? Why is my worship…