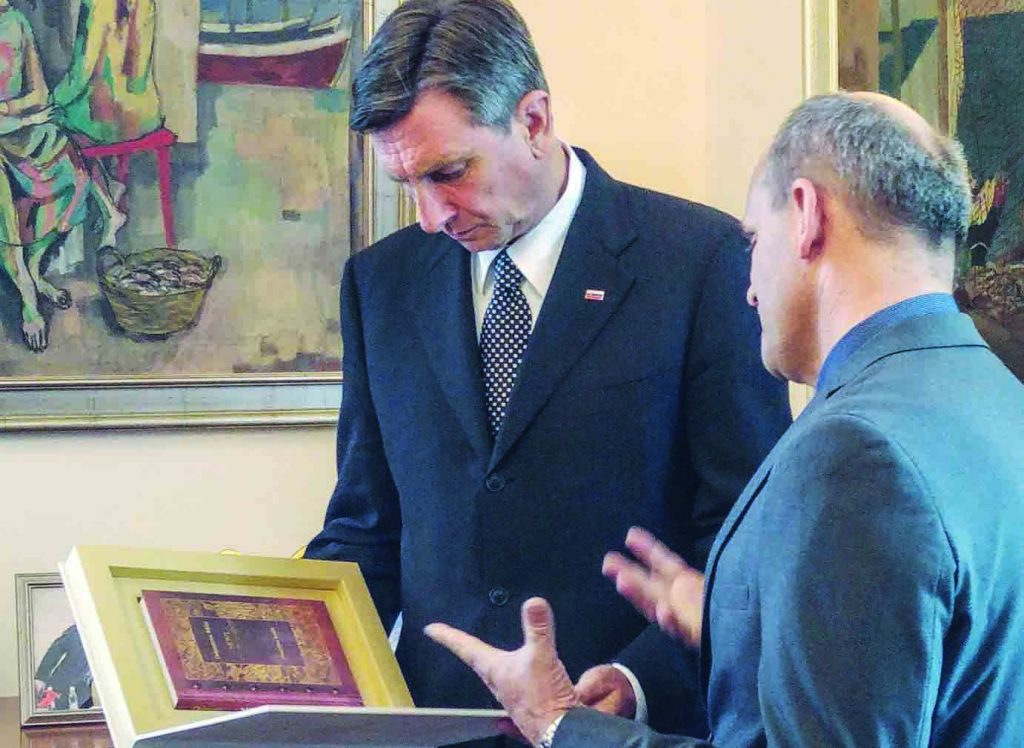 A gift fit for a president: God’s Word

Erik Tryggestad
President and CEO
The people of Slovenia recently celebrated the birthday of Primoz Trubar, regarded as the father of their written language.

And Eastern European Mission brought 50,000 New Testaments to the party. 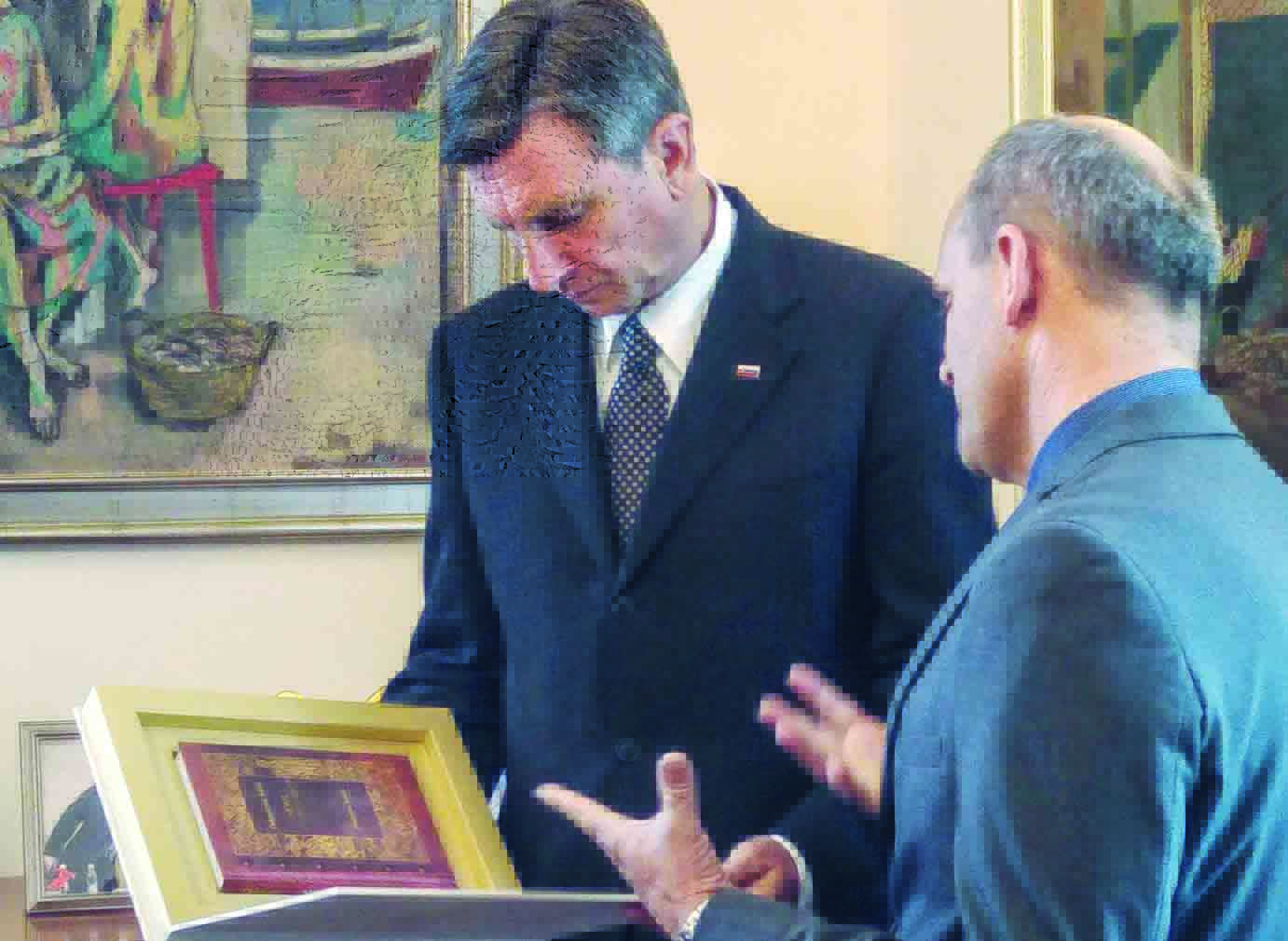 President Borat Pahor of Slovenia receives a New Testament in his country’s language from EEM. (PHOTOS FROM EASTERN EUROPEAN MISSION)The first copy of the re-translated Dalmatin New Testament went to the Central European nation’s president, Borut Pahor. He invited representatives of EEM, a Bible-printing nonprofit supported by Churches of Christ, to take part in the official celebrations at the presidential palace in Slovenia’s capital, Ljubljana.

“He was very gracious and appreciative of the gift,” said Bart Rybinski, vice president of European operations for EEM. “He spoke of his country’s gratefulness for the impact the project will have on Slovenia.”

That project — a modern version of the Bible first translated in 1587 by Jurij Dalmatin — is the work of the Trubar Forum, a Slovene-led translation group. Dalmatin, a student of Primoz Trubar, published the first Slovene-language translation, which set the standard for the Slovene people’s written language and contributed to their cultural identity.

The Trubar Forum prepared the updated translation to coincide with the 500th anniversary of the Protestant Reformation in October. 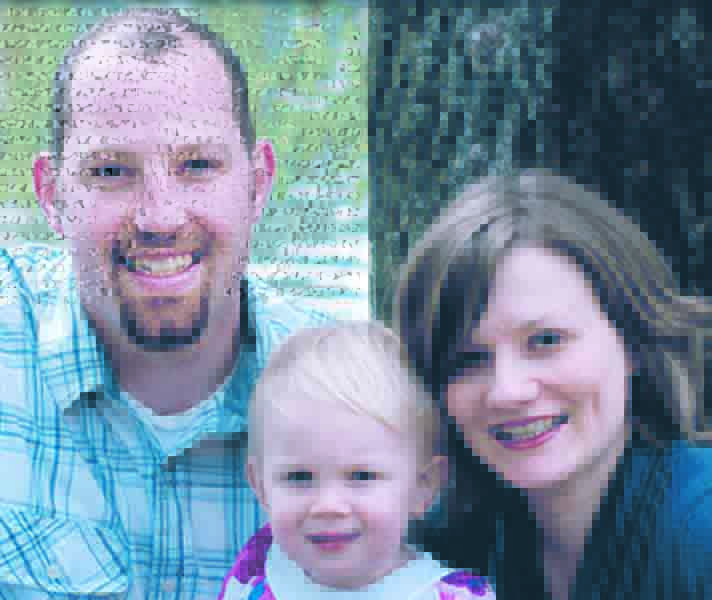 The Lovse family, natives of Slovenia, work in youth ministry in Maribor. Rybinski learned of the project through Andrei and Nina Lovse, Slovene natives and graduates of the Zagreb Bible Institute in Croatia, a school associated with Churches of Christ. The couple lives in Maribor, Slovenia, and works in youth ministry.

Eastern European Mission once smuggled Bibles into Slovenia — during the Cold War, when the nation was part of Yugoslavia.

Workers with EEM, founded in 1961 by missionaries in Vienna, Austria, packed tiny New Testaments into spare tires and under the floorboards of vans before sending them through the Iron Curtain and into nations dominated by Soviet influence.

Now the mission prints Bibles and faith-based literature in countries where it once was forbidden, including Russia, and distributes them to churches and schools.

With the Lovses’ recommendation, EEM worked with the Trubar Forum to print 50,000 copies of the new translation — to be distributed to Slovenian schools, libraries, government offices and to individuals who request them. 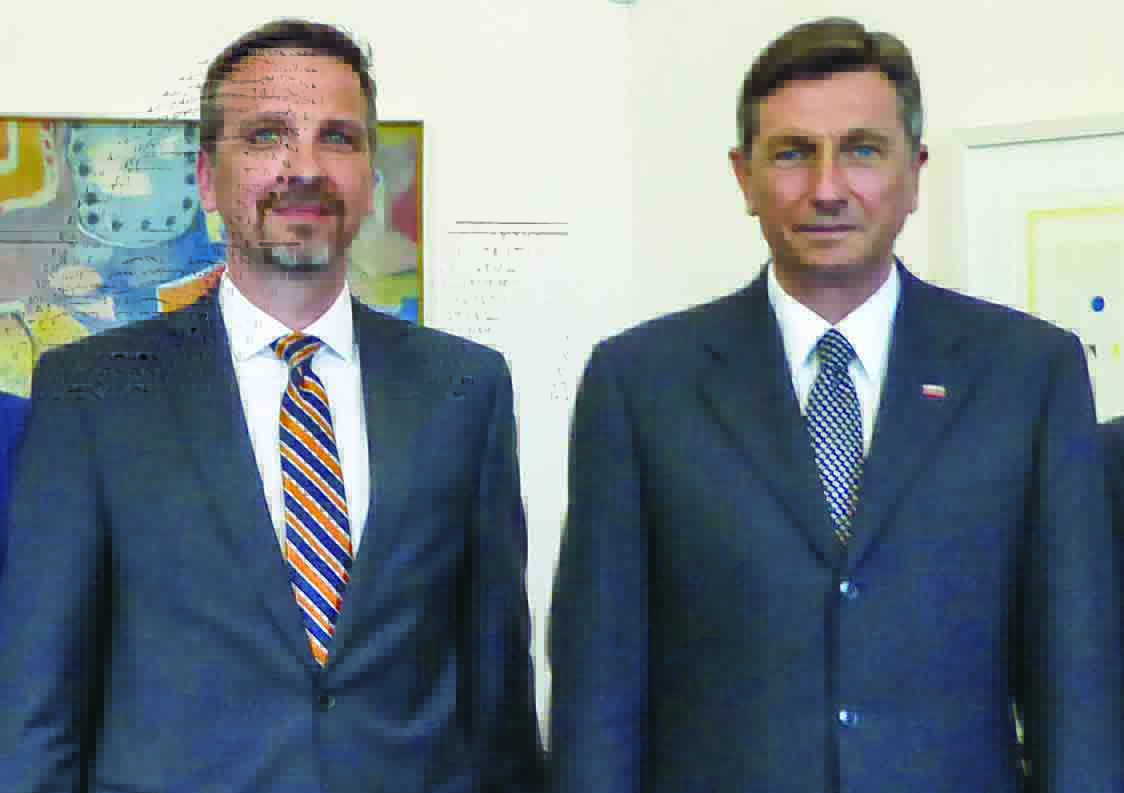 Bart Rybinski, left, of Eastern European Mission, meets with Slovenia’s president, Borat Pahor, in Ljubljana.
Rybinski, who worships with a small Church of Christ in Vienna, said he and his coworkers are excited to help “bring back the Word of God to the people of Slovenia, to enable Slovenia’s passion and love for reading God’s Word in their modern language.

“We can’t wait to see how God will use this — and how lives will change in this beautiful country.”