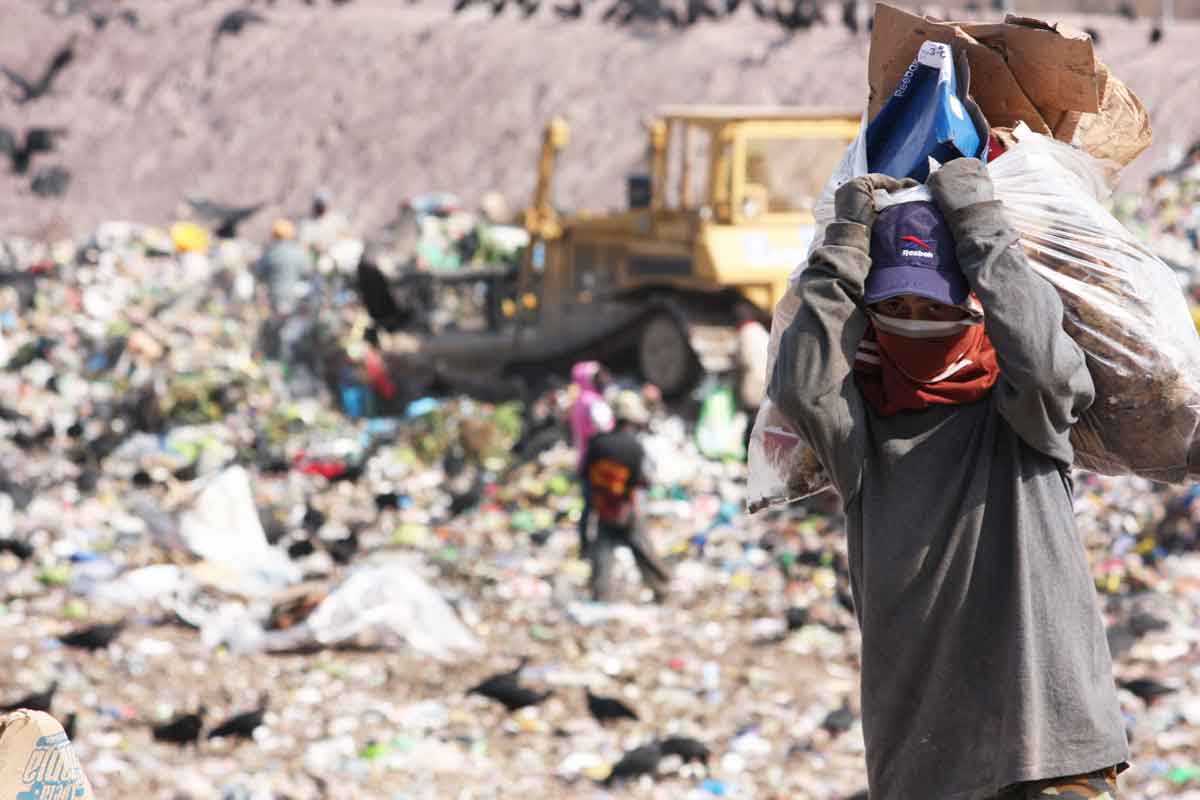 A Honduran collects cardboard and other recyclable materials at a Tegucigalpa garbage dump to sell for a few limperas, Honduras’ currency. On a recent Wednesday morning, about 70 Hondurans picked through the garbage at the dump, hoping to earn enough money to support their families. (Photo by Erik Tryggestad)

“So, which way is the dump?” I asked.
“Up there,” Marc Tindall said, pointing to the top of the hill. “See the vultures?”
I did. Hundreds of them.
I had traveled to Tegucigalpa, capital of the Central American nation of Honduras, to visit the famed garbage dump. Tindall and his wife, Terri, serve as missionaries there. They also oversee Casa de Esperanza, a children’s home.
A few years ago, while working in a community near the dump, they asked about the people who spend their days there. The dump is dangerous, they were told. Don’t go there. 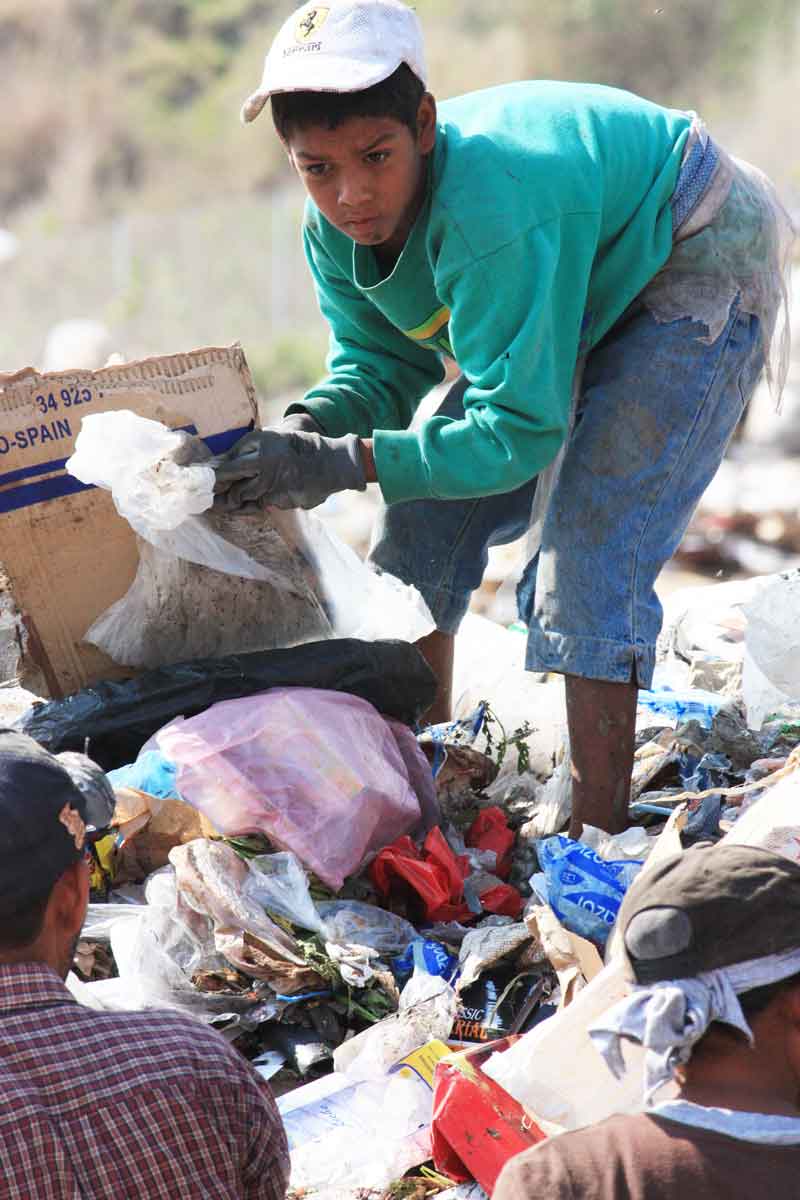 Children are among the workers in the Honduran dump. When trucks arrive and dispose of their refuse, the boys scamper on top of the piles and toss cardboard down to their coworkers. (Photo by Erik Tryggestad)

But they went, and they saw the poorest of the poor, picking through the garbage alongside the vultures, looking for plastic bottles, scrap metal and cardboard — anything they could sell to recycling companies for a few limperas, Honduras’ currency.
Many of the hardest-working scavengers were single mothers, trying to get food for their children and, often, elderly members of their families.
The Tindalls took bean sandwiches to the dump. It wasn’t long before they became involved in the lives of the people there. The humble meals they handed out became a “Jesus banquet.” (Read an earlier story about the banquet and Marc Tindall’s recognition as “servant of the poorest” by a Honduran newspaper.)
After years of stories of amazing things happening at the dump, I got to see the ministry firsthand. On a recent Wednesday morning, I accompanied Marc Tindall and a small group of U.S. and Honduran Christians to the dump. Their goal was to spend a morning working alongside the Hondurans, helping them collect the recyclable material and, hopefully, showing them that Jesus cares.
I waded through the garbage to take photos of the church members as they worked. Melissa Rivera, who works with the Tindalls and their ministries, was my “handler.” She made sure nobody snagged my cameras and served as my translator. I could tell she felt genuine empathy for the people at the dump.
For me, the most poignant moment of the morning was watching as a woman, picking through the trash, came across a discarded pair of toddler-size blue jeans. She folded them carefully and placed them in a plastic bag, separate from the green soda bottles she was collecting. I thought about my 4-year-old daughter, who has countless pairs of jeans. 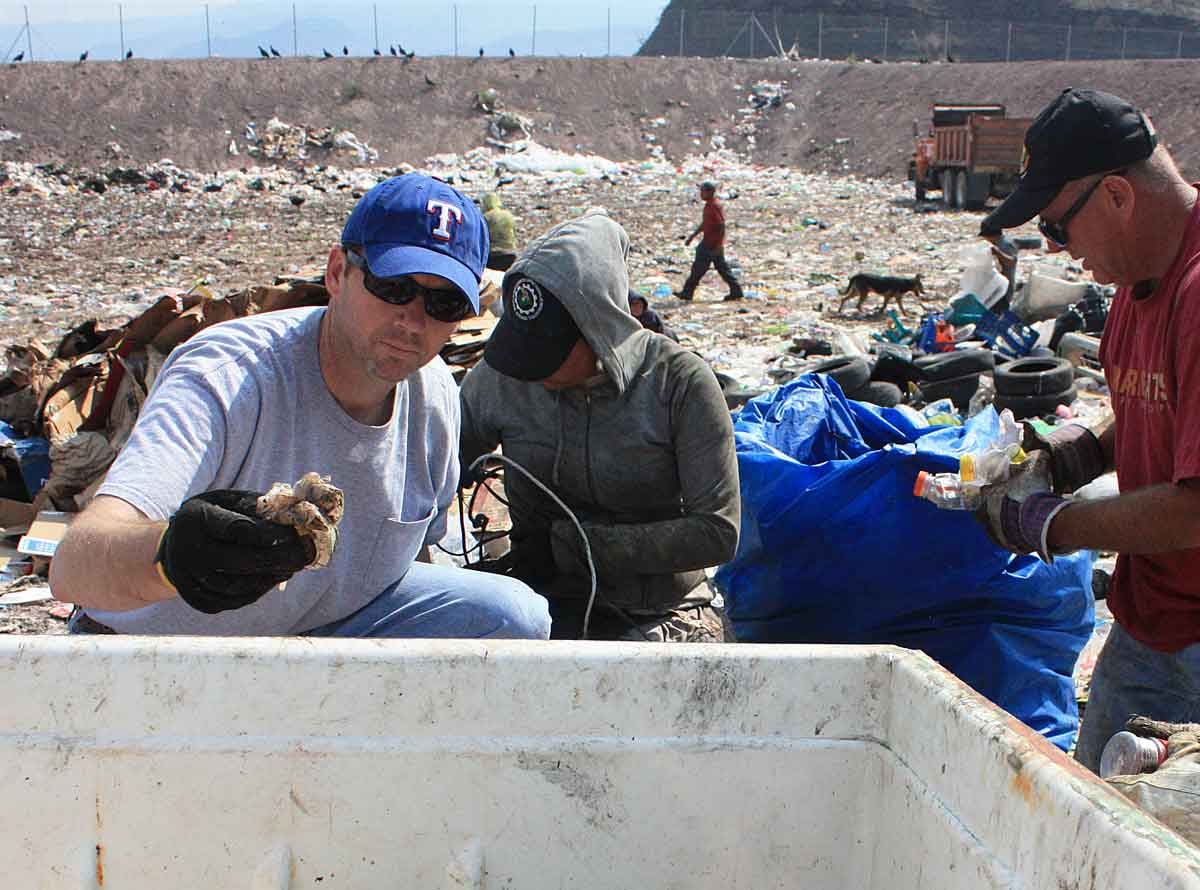 Trey Morgan, left, and Marc Tindall help Lourdes Alvarez sort the bottles, cardboard and metal she collected at the Honduran dump. Alvarez uses the money she gets from the recyclables to feed her infant daughter and other family members. (Photo by Erik Tryggestad)

Trey Morgan, minister for the Childress Church of Christ in Texas, came up with the idea of spending a day working at the dump. Morgan got involved with the ministry a few years ago and launched Dump Day, an annual fundraiser to provide food for the people who work at the dump. Donations also support daycare for the workers’ children and scholarship programs aimed at helping Hondurans achieve a life outside of the dump.
The next Dump Day is Wednesday, May 2. Follow the link or see Morgan’s website for information on how to contribute.
I’m including a few photos from my morning at the dump. Look for an expanded story in an upcoming issue of The Christian Chronicle .
Personally, I was awestruck by the order and civility in a place many Hondurans once considered too dangerous to visit. Marc Tindall told me that a lot has changed since he started going there.
In the grimmest and grimiest of places, I saw Christ at work. 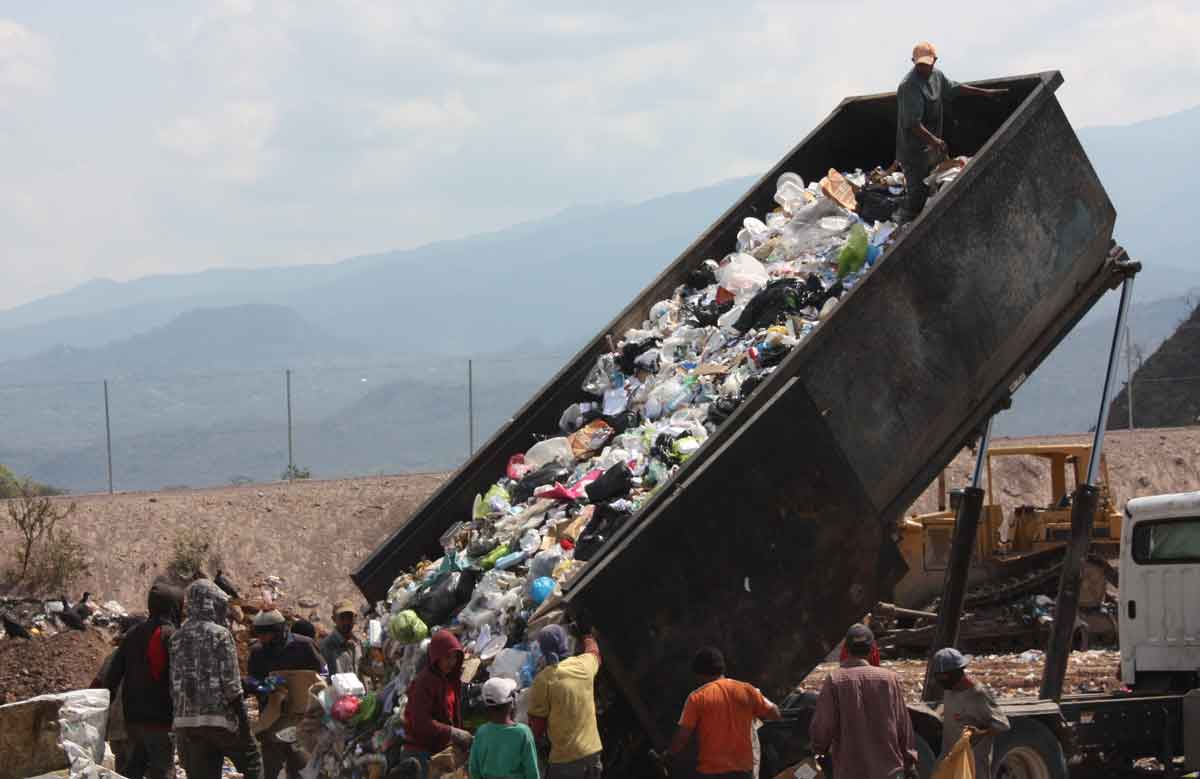 A dump truck unloads its contents as Hondurans wait to sift through the refuse. (Photo by Erik Tryggestad) 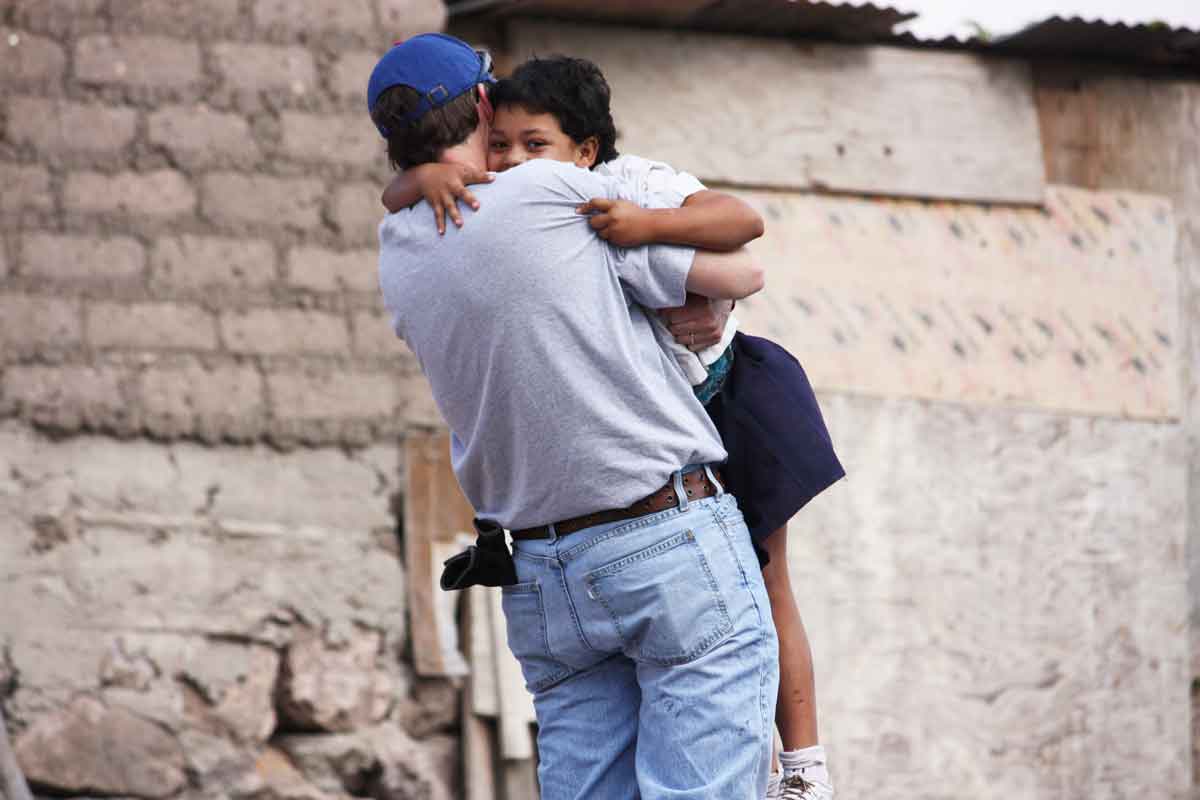 Before working at the dump, Trey Morgan gets a hug from a girl who lives near the facility. (Photo by Erik Tryggestad) 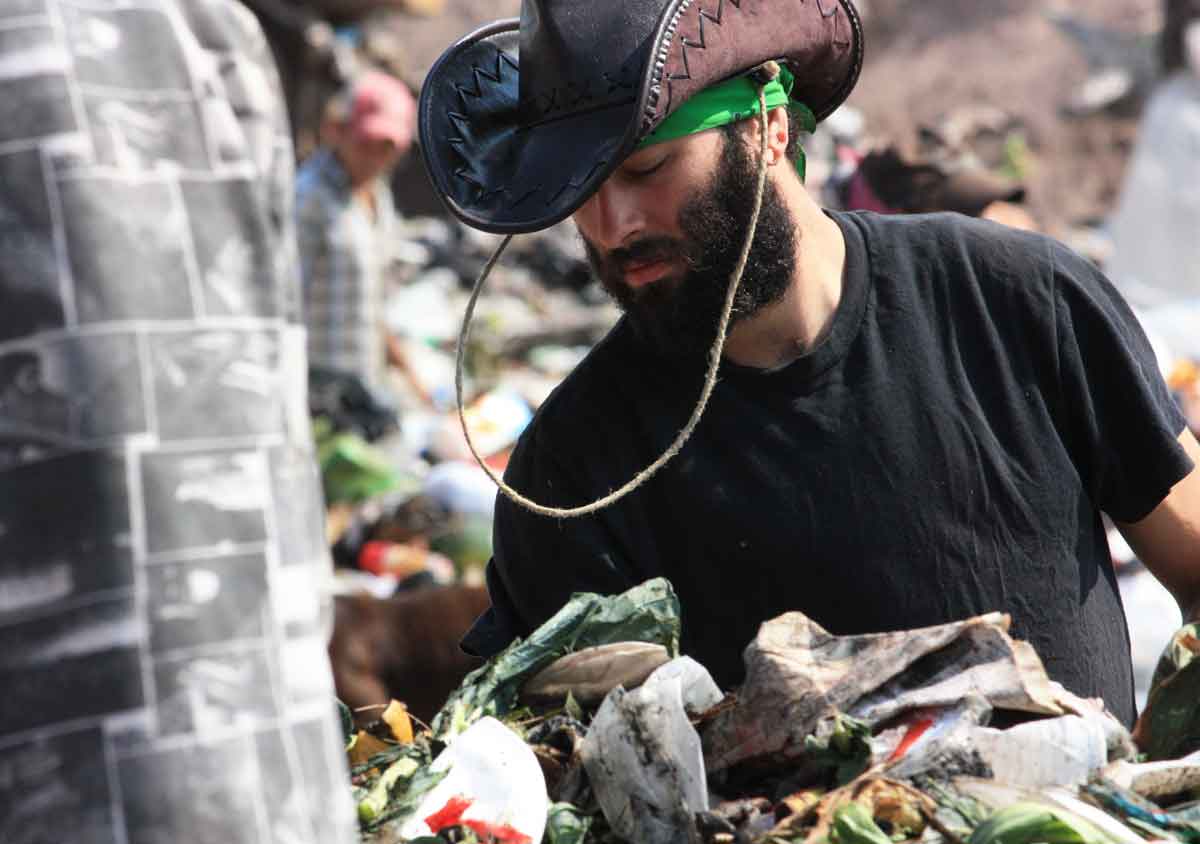 James Gillim, of Florence, Ala., helps Hondurans pick through the garbage at the dump. (Photo by Erik Tryggestad) 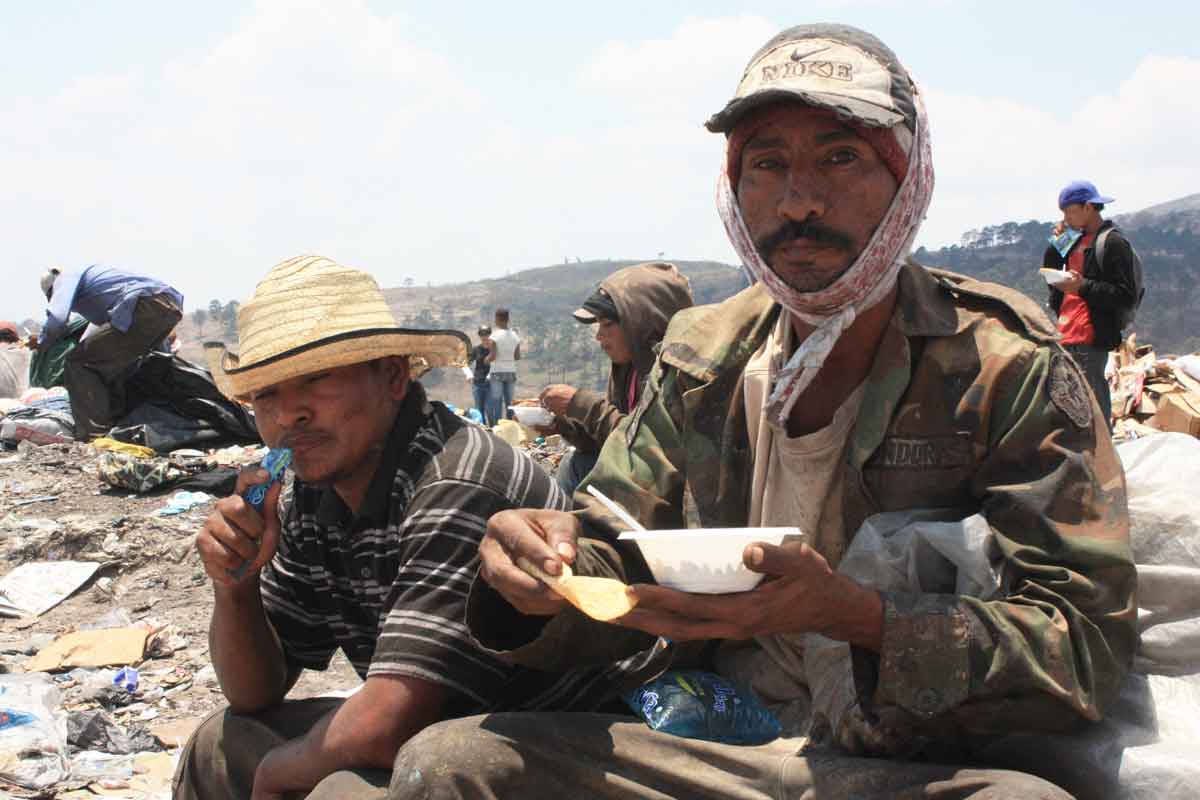 Hondurans take a break from working at the dump to eat beans, rice and tortillas served by church members. (The guy on the right threw a rock at me to get my attention and asked me to take his picture, so I obliged.) (Photo by Erik Tryggestad) 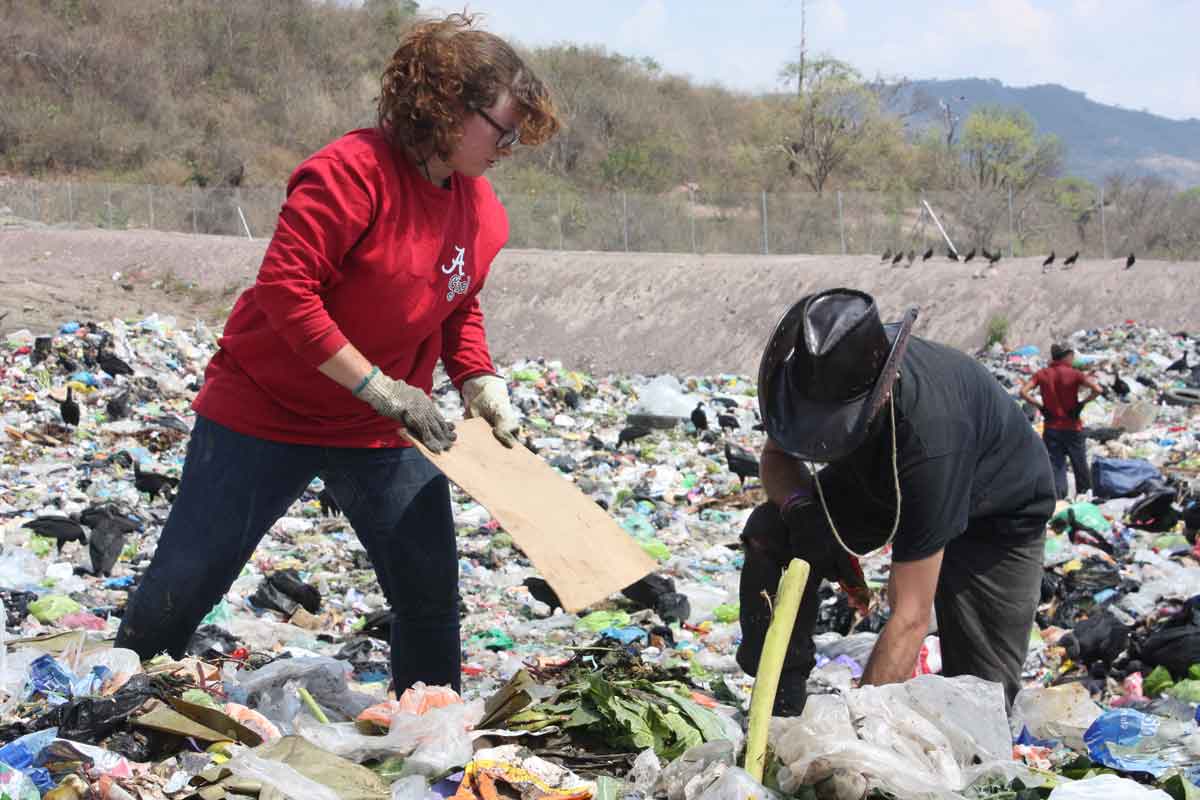 Christina Gillim and her brother, James, collect cardboard from the trash. Christina Gillim, a graduate of Freed-Hardeman University in Henderson, Tenn., works as a mission intern with Casa de Espiranza in Honduras. (Photo by Erik Tryggestad) 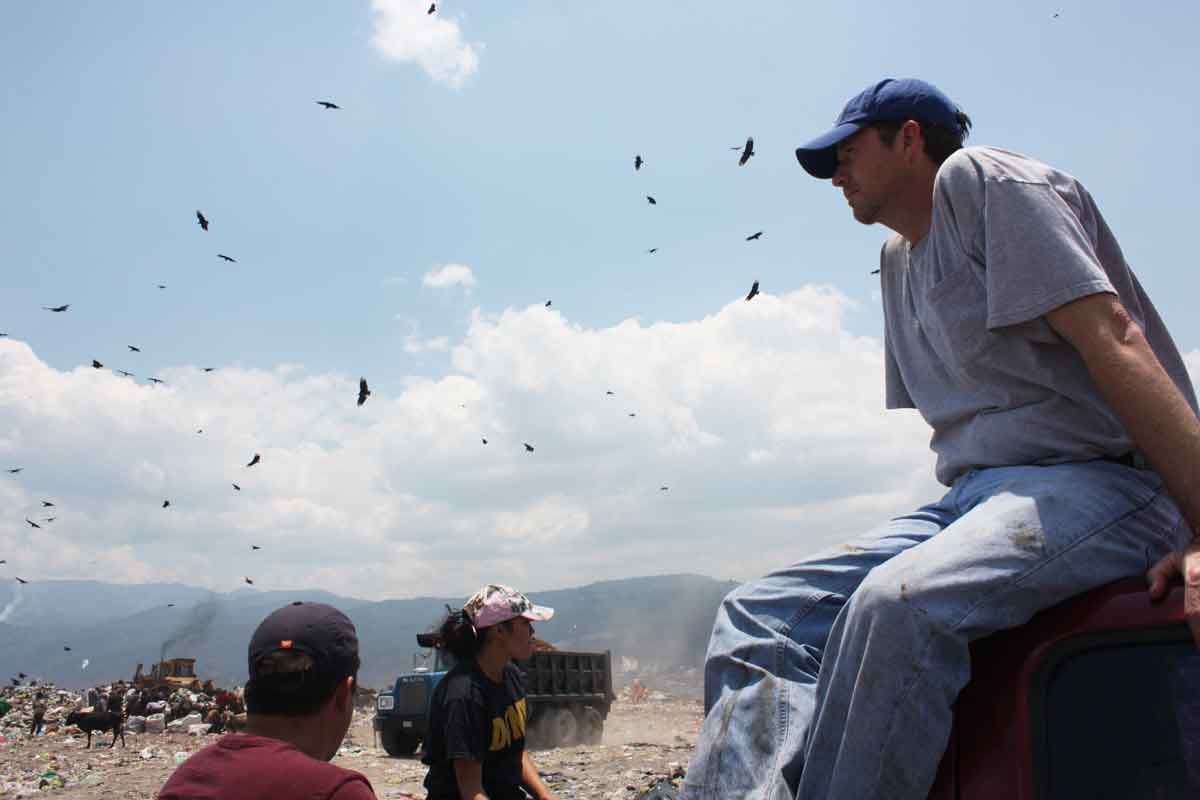 Trey Morgan takes a break after serving beans and rice to workers at the dump. (Photo by Erik Tryggestad) 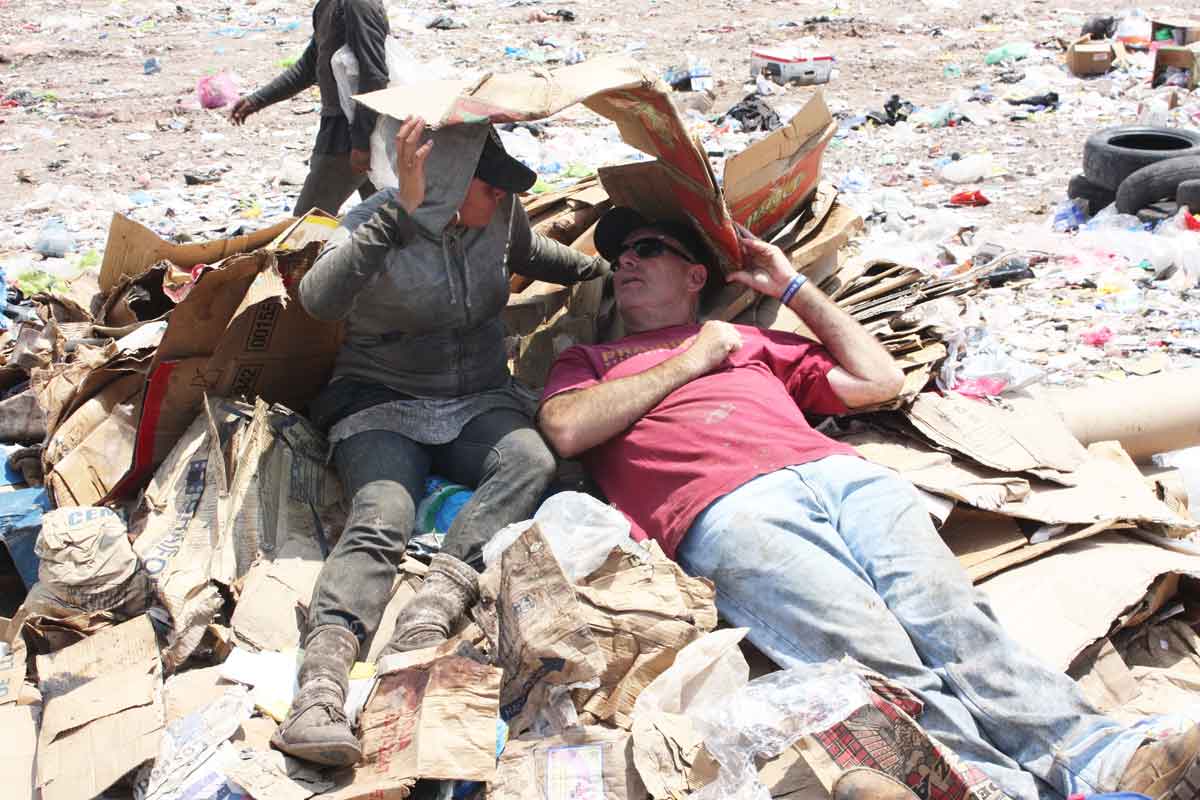 Lourdes Alvarez shades Marc Tindall with a piece of cardboard as they wait for new trucks to arrive at the Honduran dump. (Photo by Erik Tryggestad)

For believers, turbulence and opportunity

Jarrod Brown and his family left early for the airport,…

CAMPAMENTO, Honduras — I met Donnie Anderson at a garbage…