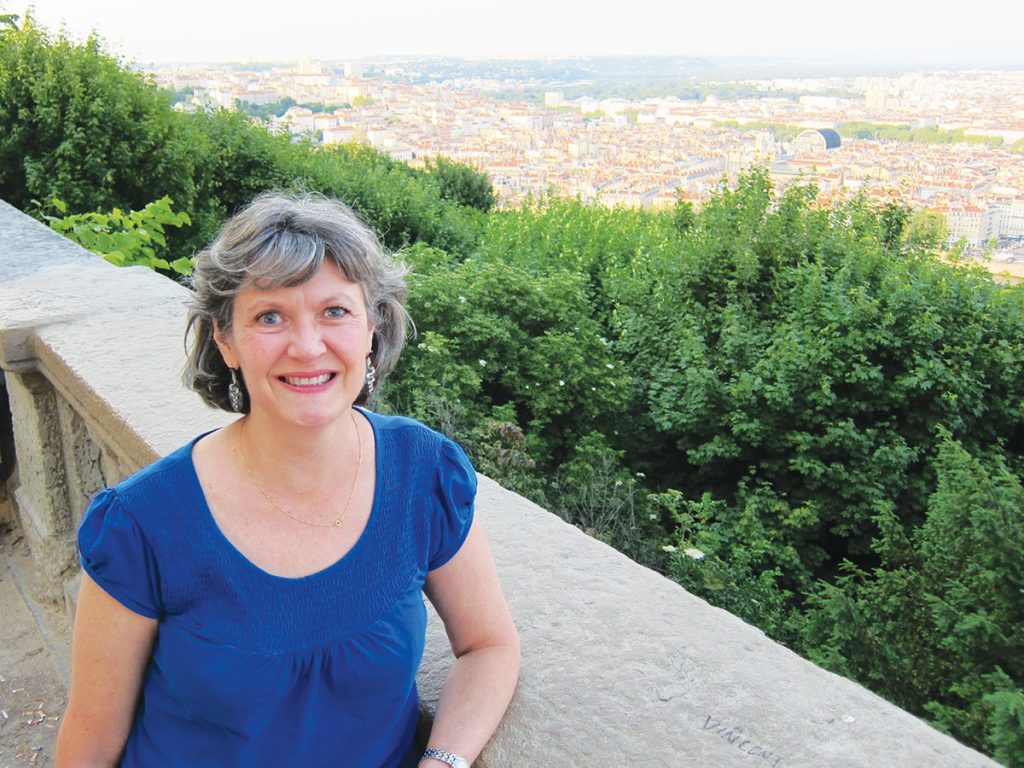 A conversation with Pamela Hendrix

Lynn McMillon
President Emeritus
Pamela Hendrix loves foreign languages.
There’s only one thing this francophone loves more — living as a missionary in Lyon, France.
She credits her parents, V.M. and Lois Whitesell of Edmond, Okla., with instilling in her the love of mission work. As far back as she can remember, her parents took short-term mission trips. After their children were grown, the Whitesells moved to London and worked with the Wembley Church of Christ from 1982 to1989.
She graduated from Lipscomb University in Nashville, Tenn., where she studied French, German, Spanish and Italian. After graduating in 1976, she spent two years as an intern with missionary Doyle Kee in Geneva, Switzerland.
A year before her graduation, in nearby Lyon, Arlin and Judy Hendrix and Max Dauner had launched a French-speaking congregation. After the death of Hendrix’s first wife, he and Pamela married in 1988, and she joined the mission work. Now their four children and seven grandchildren are scattered across four continents. One family does mission work in Zambia. 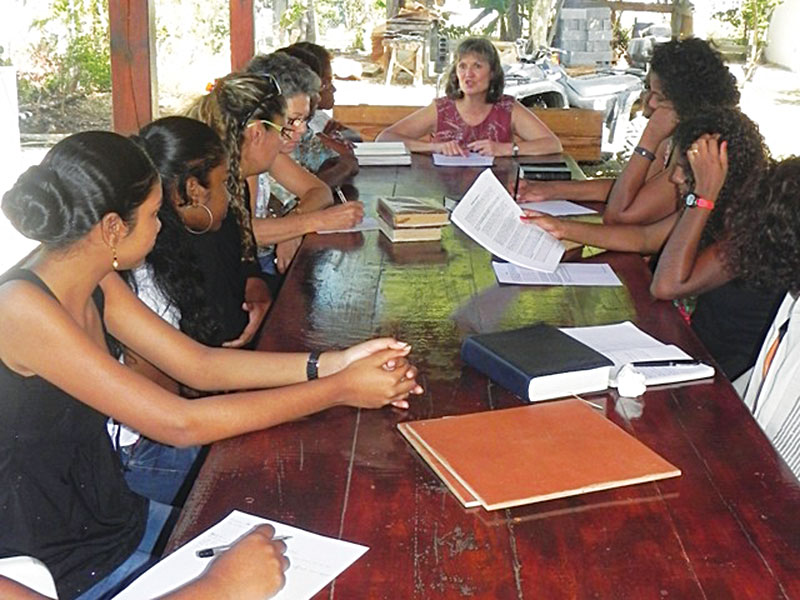 PHOTO PROVIDED
Pamela Hendrix teaches a Bible class for women on the Caribbean island of Guadeloupe.Sponsored by the Poplar-Warner church in Guthrie, Okla., since 1998, the Hendrixes have extended their mission work beyond Lyon, conducting marriage seminars in France, Switzerland, Belgium and the islands of Mauritius and Guadeloupe. Though Lyon is their home, Arlin Hendrix says, “Our mission is to proclaim Jesus to both Christians and non-Christians throughout the French-speaking world.”

How did you decide to do mission work?
When I was growing up, my parents enjoyed hosting visiting missionaries. I loved hearing their stories. I was inspired by their work “on the front lines” where people do not have easy access to God’s Word.
In addition, my family went on several overseas evangelistic campaigns, which had a major impact on my spiritual journey. By my teen years I was sensitive to God’s calling.
Right after college graduation, I moved to Geneva as a two-year mission intern. Naturally, at that point I had no idea I would end up spending most of my life as a missionary. None of us knows what paths God will lead us down, do we? Today Arlin and I cannot imagine leaving France, because there are so few practicing Christians.

Describe the church in Lyon.
My husband started working in Lyon in 1975, where the vast majority considers Christianity merely as part of their cultural heritage. Many Catholics here do not believe in God, and someone trying to live his faith is rowing against the tide. When Arlin arrived in Lyon, he could not find a church without a hierarchy, so he and a few others started meeting together.
Today the Church of Christ of Lyon has Sunday attendance of about 40. It’s nice to have a good blend of ages, babies to retirees. We like that it is very culturally diverse — nine nationalities and seven mother tongues. They also have varying educational and social backgrounds. That variety lends to interesting cross-cultural communication challenges, as one can imagine.

After living abroad for so many years, do you feel more connected there than to your home country?
Well, I guess I do. A dead giveaway is when I have to search for words in my native English language. It is strange when I catch myself daydreaming in French about people back home who don’t speak a word of French.
All culture is transient, and living overseas I cannot keep up with the changes in American culture. So I feel more comfortable today in the French culture. There may have been some culture shock at the beginning, but it is essential to “become all things to all men.” The evolution is gradual and you don’t notice things changing. However, I think our ties to people in the States are just as strong as ever, and it is hard being so far from those we love.

What have you found to be most effective in winning people to Jesus in France?
Personal relationships.
Haven’t you noticed that people are drawn to you when they see in your life peace and joy? Not to mention what happens when you show them genuine love. You don’t see many of those qualities in a godless world.
Another thing that helps is to notice when folks are facing major changes (like the birth of a child) or rough times. That is when they are more open to thinking about God. We must then be compassionate to help where we can, and also be bold in sharing the Good News of Jesus. Meanwhile, when they are not listening, we must be ever loving, regardless of their response.
In France, our teaching takes a long time because people know almost nothing about the Bible. That’s where patience comes in.  Arlin and I love to see people encounter Jesus for the first time.

Do the local people ever stop thinking of you as American and finally think of you as one of them?
No, I believe that people still consider me American, even if I am a “mixed breed.” I cook French, and I cook American. Our home looks French, and we have very few things out that are written in English. I try to dress French. Some say that I speak and write French more correctly than the French, but I still have an accent that betrays me.

What discourages you most in your work?
To not see more results from “our” work. That desire is only human, but this is God’s work, not ours. We keep telling ourselves that God is asking us to sow, and he is the one who gives the harvest.
It is truly hard to walk by faith and not by sight. How many Bible stories have we read about those who persevered? We think often of Noah, Jeremiah and Jesus himself who didn’t see results during their lifetimes.
I thank God, though, that he does bless Arlin and me in so many, many ways. For one thing, we get to teach all over the French-speaking world. In other countries we are privileged to see results. That helps us keep on keeping on.

Do you find that people are truly looking for God and you just have to find them?
We cannot say that the French people are spiritually minded. Most of our friends close their eyes to a higher being. Because of centuries of abuse by the Catholic church, this country has been fiercely secular since the French Revolution.
However, we can say that there are some people out there who are truly looking for God. Shouldn’t it be the prayer of each one of us that God will open our eyes to those who are seeking?
Historically, nations turn to God in times of crisis, just like people. Arlin and I pray we will have the strength to stay the day France experiences war or a social uprising or a depression.

Do you have a favorite scripture? Why is it special to you?
My favorite scripture is Psalm 37: “Trust in the Lord and do good. Delight yourself in the Lord and He will give you the desires of your heart.”
That does not mean that God gives us everything we want. But if my heart is lined up with his, if my true delight is God, then the desires of my heart will merge with God’s will. Complete trust in God is of great comfort in periods of suffering when, like Job, I do not understand the reasons why.

What would you like people to remember about you?
My closest friend in France had to help me with this one!
What she wants you to remember about me is my complete trust in God, even when life hits me over the head with a club. In spite of my discouragement at times, she still sees my desire to remain joyful in our Lord.