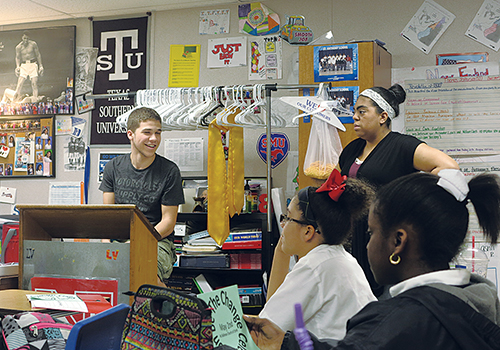 In Dallas study program, Christian students help those affected by poverty develop solutions — from fixing a bathroom to shutting down drug dens.
Keyi Zhou
DALLAS — It didn’t seem like the kind of project that would change the world.

But it was a start.

Four students from Abilene Christian University helped kids at St. Anthony Academy, a charter school in south Dallas, organize a talent show. Their goal was to raise money to fix an old bathroom on the academy’s campus.

The ACU students — Tessa Wolford, Taylor Bush, Barrett Corey and Austin Kanady — saw a bigger purpose in the task. If they could help the youths learn to effect change with determination, planning and cooperation, the youths would be capable of greater things. 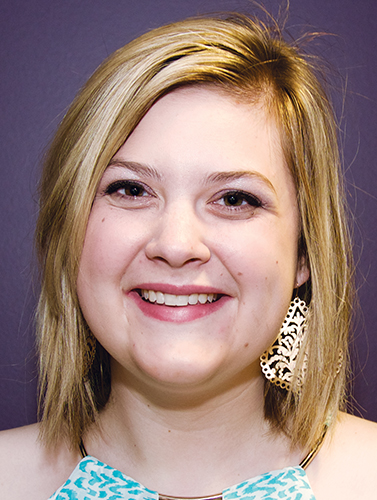 Wolford
After all, a group of 11-year-olds — who worked with a previous batch of ACU students — developed a program that identified and shut down three drug dens in their south Dallas neighborhood. Three elementary school students accompanied their ACU peers to India to present their ideas at an international conference.

“I have been searching my whole life,” Wolford said, “for some way to serve others and really be a part of a community that wants to help the world. And I have finally found it.”

The partnership between the ACU students and St. Anthony is part of a program that pairs the West Texas university, associated with Churches of Christ, with CitySquare, a 25-year-old, Dallas-based nonprofit that fights the root causes of poverty.

The program, ACU at CitySquare, puts students in real-world situations. A dozen students at a time live in Dallas, meeting on the second floor of CitySquare’s 15-story mixed-use development, [email protected].

They take courses, research and develop programs centered around three ongoing projects — Design for Change, a program with elementary school children; community development with the Sand Branch neighborhood; and Shame Resilience, a faith-based program for people transitioning from prison back into society.

In Design for Change, ACU students help students at four Dallas schools, including St. Anthony, learn to cooperate. They introduce the concept with simple activities such as a “knot game,” which requires students to communicate effectively.

Meia Cole, an eighth-grader at St. Anthony, said the knot game “helped us to become a team. If we don’t have a team, we wouldn’t be able to finish this project.”

During the recent semester, the ACU students learned about the city’s history, the dynamics of race relations and the challenges caused by inadequate housing and health care.

They see these problems firsthand in communities including Sand Branch, a community near the Dallas suburb of Seagoville, Texas.

After the Civil War, the U.S. government gave land in Sand Branch to freed slaves. Many of their descendents remain in the community, which has no running water or trash collection.

Students including Jacquelyne Quinterro and Rachael Kroager worked with people in Sand Branch, formulating plans to bring jobs and development.
As the students concluded the semester and returned to Abilene, they turned over their findings to CitySqaure.

The partnership benefits the nonprofit and the university, said John Siburt, CitySquare’s president and chief operations officer. Before joining CitySquare, Siburt served as preaching minister for the Richardson East Church of Christ in Richardson, Texas.

The partnership “illustrates the amazing transformation that happens in our communities when people of faith choose to engage the world instead of escape it,” Siburt said.

Michael Harbour, director of operations and finance for the ACU at CitySquare program, said the program also allows students to see the world as their classroom.