ATHENS, Greece — From right to left, Miriam traces her finger over the words of the prophet Isaiah.

“‘In a surge of anger I hid my face from you for a moment,” she reads in Farsi, the language of her homeland, “but with everlasting kindness I will have compassion on you,’ says the Lord your Redeemer.”

Those words are dangerous — not only in the Farsi-speaking nations of Iran and Afghanistan but also here in the ancient capital of Greece, where Miriam and thousands of other Persians have flooded into refugee camps, fleeing conflict and persecution in the Middle East. 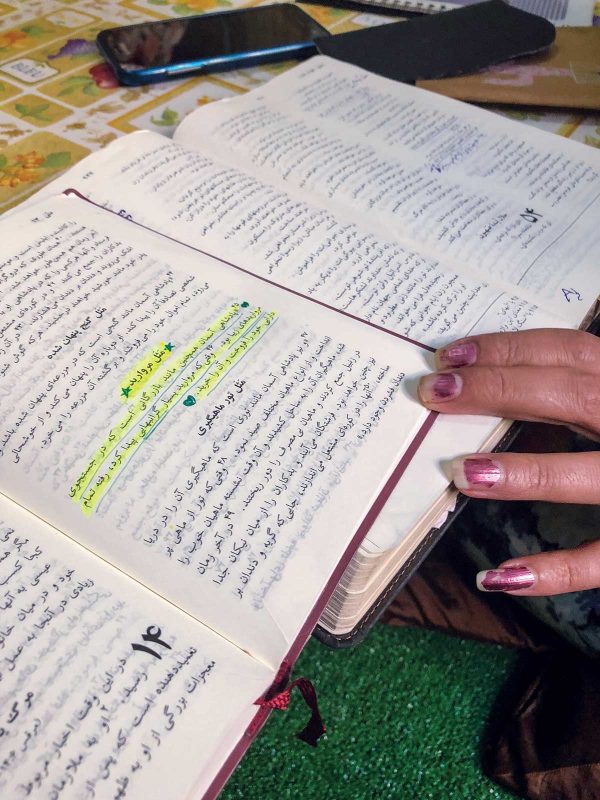 On top of a Farsi-language Bible open to the prophet Isaiah, Miriam flips through her own copy of a Farsi New Testament. She has highlighted the parable of the Pearl of Great Price in the Gospel of Matthew.

The perilous journey here — stuffed into containers trafficked through the Balkans or crammed onto rickety wooden boats on the Turkish coastline — has left many disenchanted with Islam. Many say they’ve had visions of Christ.

But leaving their family’s faith still is seen by many, even in the refugee camps, as betrayal.

Nonetheless, Persian churches are growing here. In the shadow of the Acropolis, footsteps from where the apostle Paul preached about “an unknown God,” small groups of Iranians gather to pray. Faith groups, including Churches of Christ, have opened their doors for the refugees. Baptisms are frequent, and church members study with the new believers, who are eager to share their faith and make new disciples, no matter the cost.

That’s what brings Miriam and a handful of Iranians together on a Tuesday morning. Bibles open, they sit on cushions around a low-slung, Asian-style table in a room lined with woven bamboo. A Korean believer has opened the home to refugees.

Infants in their faith, the refugees say they have experienced the “surge of anger” Isaiah writes about. Now, through Jesus, they have found the “everlasting kindness” and compassion in the prophet’s words.

Miriam grabs a Farsi New Testament, her own, and sets it on top of the Bible, still open to Isaiah. She flips to a passage in the Gospel of Matthew. It’s highlighted in bright yellow and underlined, adorned with stars and hearts.

“Again, the kingdom of heaven is like a merchant looking for fine pearls,” she reads. “When he found one of great value, he went away and sold everything he had and bought it.”

“I love this because Jesus is speaking to me,” she tells a visitor from the U.S.

English, like Christianity, is new to her, so she types out the words in Farsi on her smartphone, which spits them back in broken English. Despite the laborious task, she insists on sharing her story. Soon after her arrival in Athens, she met an American mission team and studied the Bible with them, she types. After they left, she prayed and prayed for a sign from God — a token of his love for her. 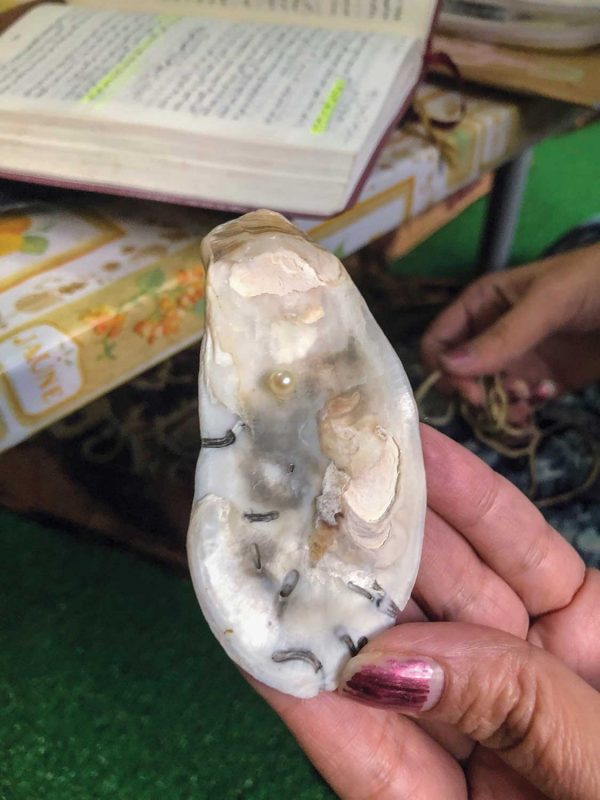 Miriam shows an oyster shell necklace given to her by missionaries from the U.S.

A few weeks later, she got a letter from the missionaries with the story of the Pearl of Great Price and an oyster shell necklace bearing a tiny pearl.

It was the smallest of miracles, she says, in a long chain of miracles that brought her to Athens — and to faith.

She shows the letter, folded, wrinkled and worn. It reads: “All our people in the U.S. prayed for you.”

“I cried,” Miriam says, “because I had asked God for this.”

‘What’s the difference between ‘being saved’ and ‘being a disciple?’” one student asks.

Another points to the word “submit” and says, “That mean he above me, Jesus above me, yeah?”

A man named Pietro and his wife do their best to answer the barrage of questions from the refugees during the Bible study, which doubles as an English lesson. They write words from the final chapter of Matthew on a dry-erase board — “Holy Spirit,” “disciple,” “obey.” They debate whether or not to use a small nail to hang the board on the wall. One of the Iranians quips, “It’s OK. If we make hole, we just cover with toothpaste!” (Apartment rental hacks, it seems, is a universal language.)

Persian Christians and seekers pray during a Bible study in Athens, Greece.

As the lesson concludes, the teachers ask their students to practice using the phrase “I will” in a sentence.

“I will go in the church,” Miriam says. “I will practice English until next week.”

Down the table, another student (the toothpaste guy) says, “I will never thought I will learn English from a Hungarian man.” The room erupts in laughter.

Pietro is indeed Hungarian. He and his wife met in an English as a Second Language class in the suburbs of Dallas. They studied the Bible with members of a Church of Christ and were baptized.

Pietro served as a church elder in Flower Mound, Texas, before he and his wife moved to Athens earlier this year to serve in a disciple-making effort among the refugees, coordinated by Missions Resource Network. The effort seeks to train new believers to plant communities of faith as they spread out across Europe and — one day, prayerfully — return home.

In Hungary, about 800 miles north of Athens, “friends tell me that what I’m doing here would not be very popular,” Pietro says. The Central European nation has adopted a hardline, anti-immigration policy and largely has closed its borders to asylum seekers.

When it comes to the politics and economics of Europe, “I don’t know what’s right,” he says, “but what I do know how to do is to love people, to tell them about Jesus.” In doing so, “I believe I’m not only helping to build the kingdom of God, but I’m also helping restore the faith in Europe.”

Churches of Christ across the U.S. and Europe mourn the… 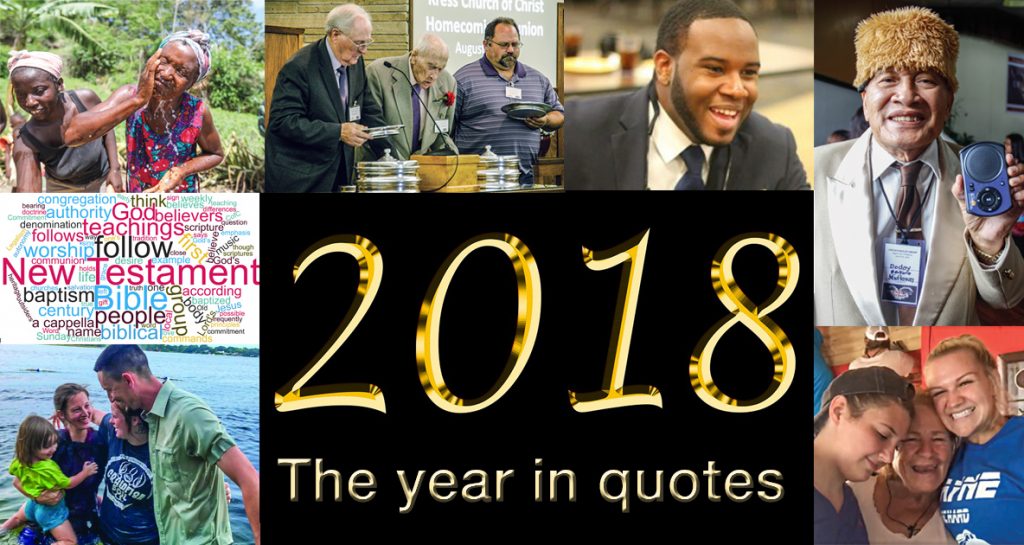 “I can never give up because I know that Botham…