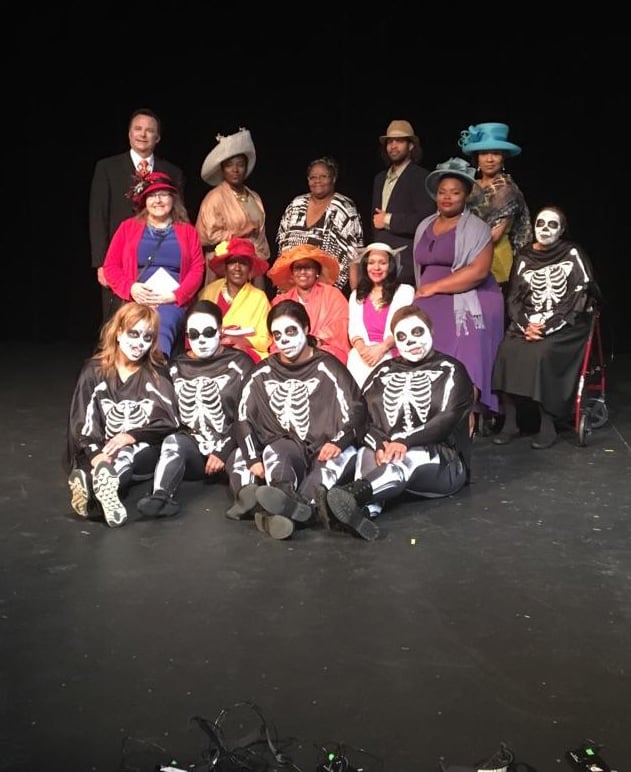 A cappella musical to debut

The woman behind the musical, Skeletons In The Closet, shares the story of how it came to production and how she hopes to bless others through the performance.
Chellie Ison
The rehearsals are almost complete and the show is about to begin.

The crew has spent months preparing for the debut of the a cappella musical “Skeletons In The Closet.”

Sandra Craft, a member of the Springbrook Church of Christ and with Son Risen Ministries in Renton, Wash., is woman behind it all.

The story takes place at a dinner party. A crowd of church friends gather after a Gospel meeting. During dinner things get a little out of hand.

“Someone who was a well-known figure in the church, been in the church for years, this woman is struggling with some problems but hiding them from her fellow congregants for fear of being ostracized, not being forgiven,” Craft told The Christian Chronicle. 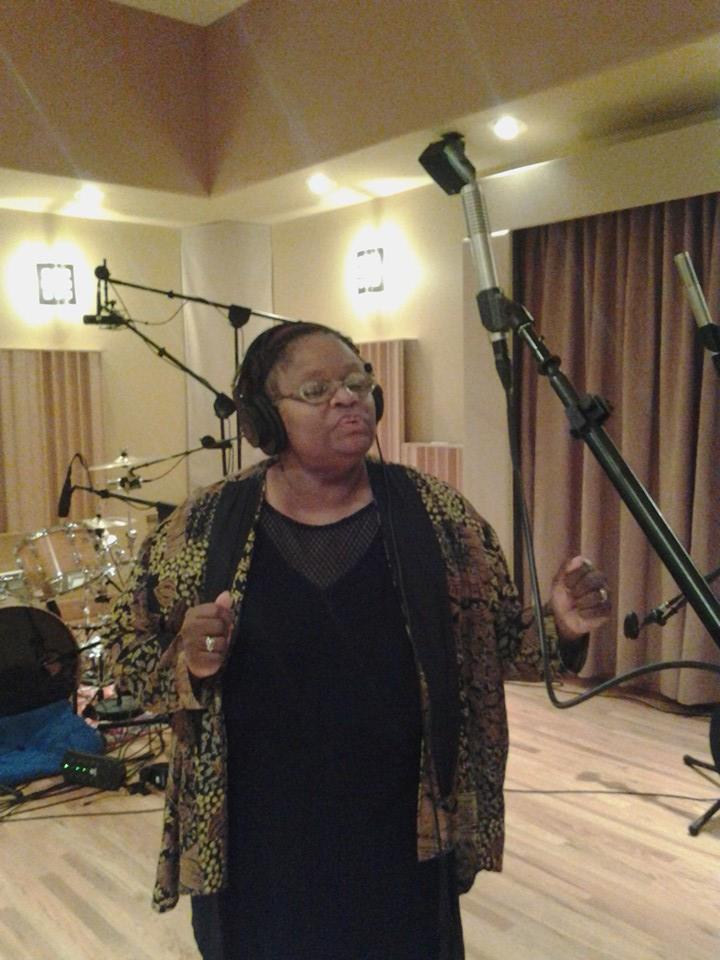 Sandra Craft rehearses singing.Those hidden problems and secrets burst out on stage in the middle of the party. Actors dressed as skeletons portray each of the issues the woman has been hiding. She is then forced to face each skeleton and make amends to some of the dinner party guests.

“We all know, we live in the real world, when you make mistakes there are going to be people you ask for their forgiveness who will forgive you but then there may be others who may not be as spiritually mature who will want to hold on to that stuff,” Craft said.

The cast has been working for months, but for Craft this has been years in the making.

Once just an idea, she decided a year ago, after speaking to a group of women, that she would bring the idea to life on stage.

“I told the ladies, I said, ‘You know, God has put it on my heart to go big with one of my plays.’ I told them, ‘I’m going to start planning for it.'”

She kept her word. She spoke to churches in the area and spread the word through friends, finding her cast. They began meeting earlier this year, working on the songs and lines.

Craft wrote the play and most of the songs. She’s also playing the lead role. Craft says a few of the songs were written by other cast members.

“It can be overwhelming,” she said. “There have been a couple of times that I have been reduced to tears because I am just in awe of the greatness of God.”

The musical will debut November 5, 2016, at the Renton Carco Theater, near Seattle. There will be an encore presentation November 12th at the Bellevue Church of Christ.

For Craft, this is about more than just seeing her idea come to life on stage. She is hoping to use the musical to minister to others.

“I just want to help people because I know the help I’ve received. I’ve always just wanted to give back to people,” she said.

Rather than selling tickets to the performance, Craft is asking guests to each bring at least three non-perishable food items. The items collected will be donated to the Northwest Harvest, a food bank in the area.

“We just want to help them stock their shelves so they can be ready for the onslaught of people that are going to need food,” Craft said.

One of the missions of Son Risen Ministries, according to Sandra, is to be involved in community evangelism through the arts. This is just one of those efforts. The ministry also has started an a cappella singing group called the True Vine Singers.

Sandra’s church family at the Springbrook Church of Christ has helped to financially sponsor the musical. 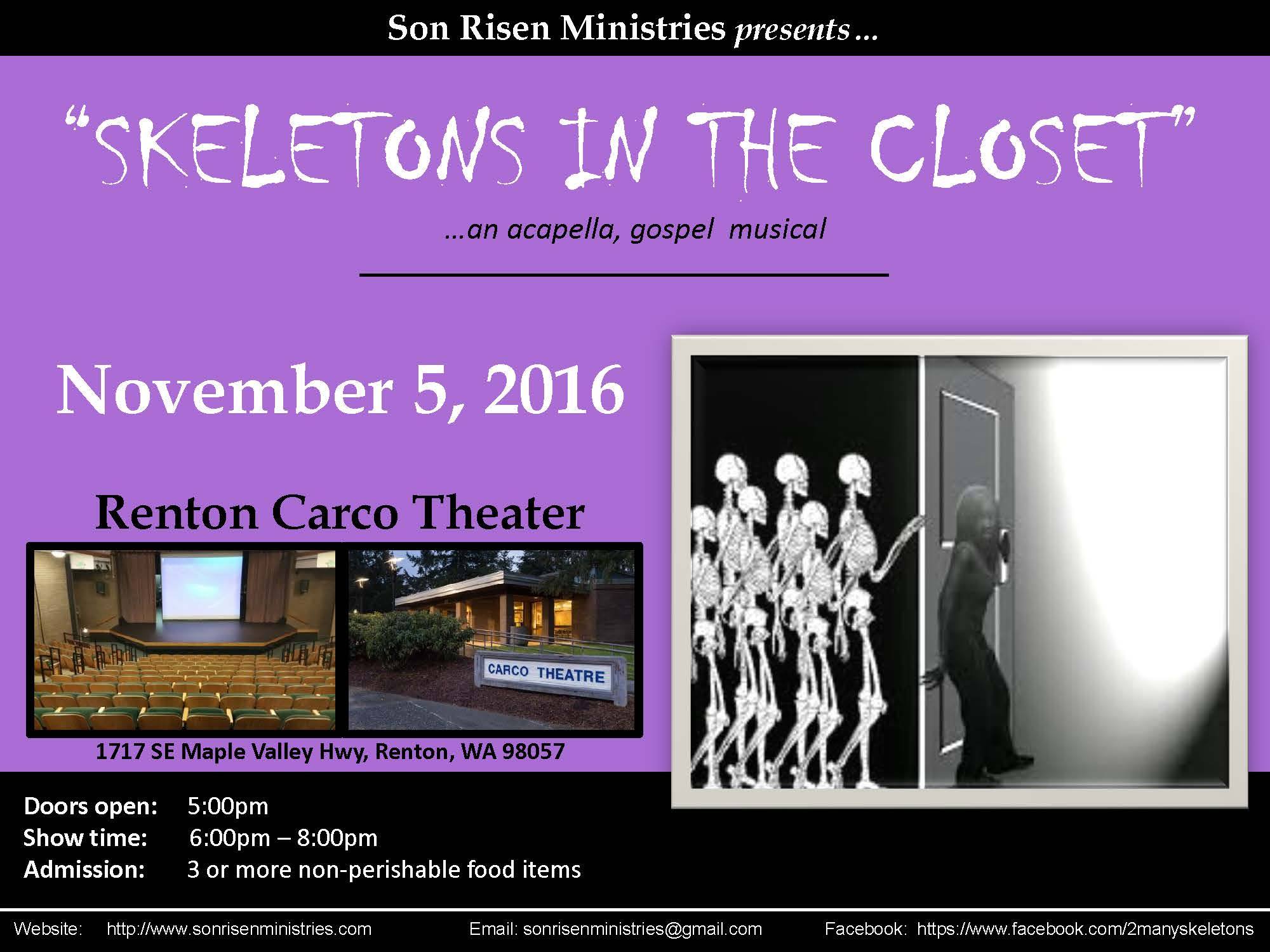