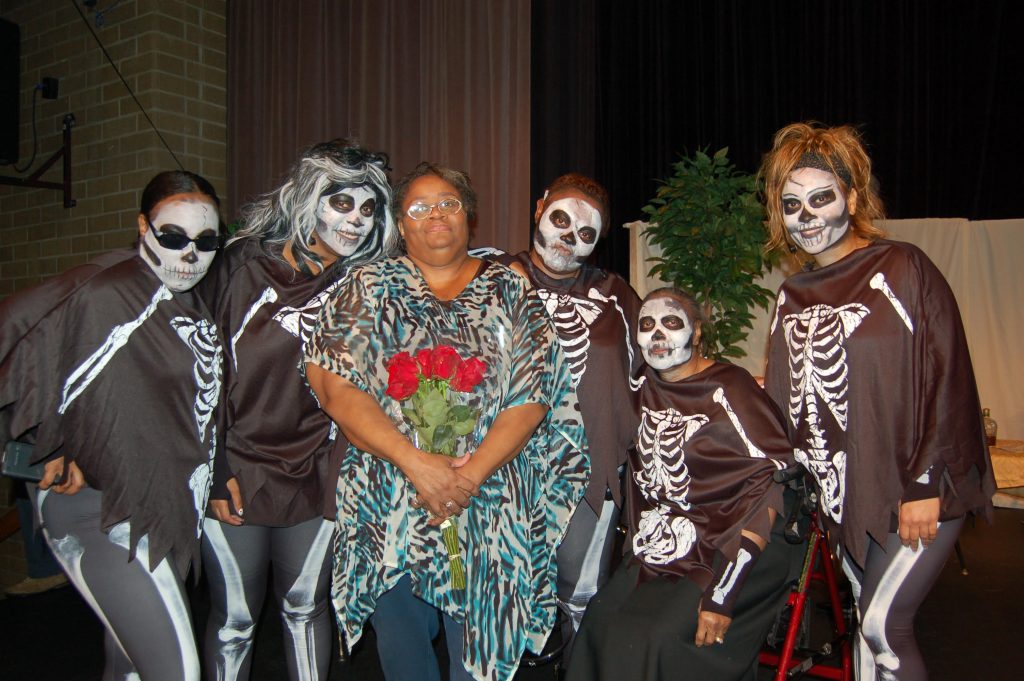 Sister in Christ sees her dream come to life in the debut of "Skeletons in the Closet."
Chellie Ison
Skeletons burst onto stage in the middle of a dinner party, forcing one woman to face her struggles in front of friends and family.

That’s the idea behind the a cappella musical, “Skeletons in the Closet,” which recently debuted in a Renton, Wash., theater to a packed house of more than 300 people.

“God was truly in the theater that night,” said Sandra Craft, a member of the Springbrook Church of Christ in Renton who wrote and produced the show. 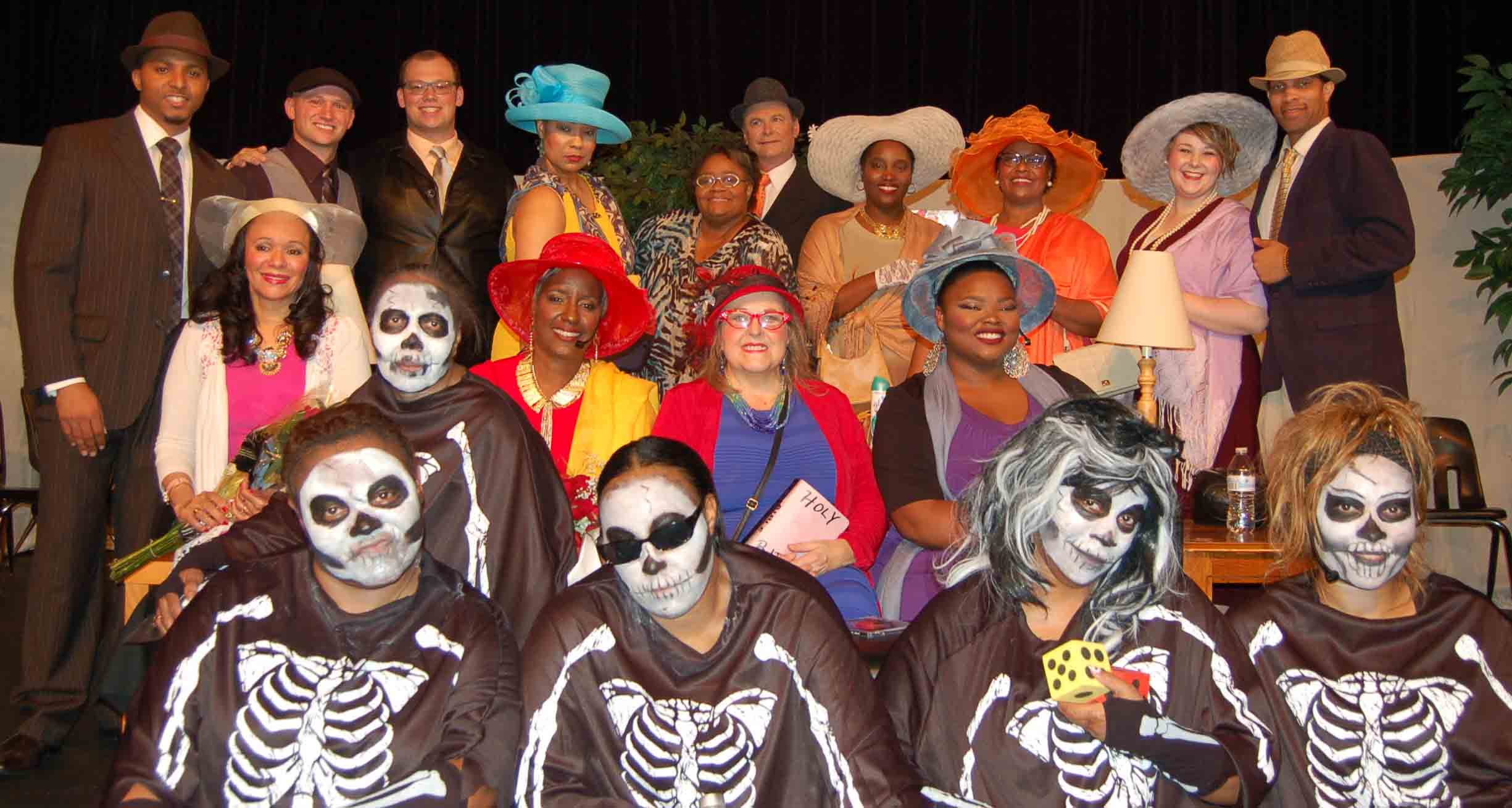 The cast of “Skeletons in the Closet” gathers for a photo at the recent debut. (PHOTO BY BILL BUTLER)

The story takes place at a dinner party after a gospel meeting. As the Christians dine, actors dressed as skeletons emerge and confront the hostess with the struggles she’s been hiding. The storyline, Craft said, was inspired by what she has witnessed — in church pews and in her own life.

“This mostly winning concept, anchored by the hilarious yet on-point delivery from the skeletons themselves, still brings home the ultimate message of hope and forgiveness for the body of Christ and non-believers to ponder,” Oliver said. 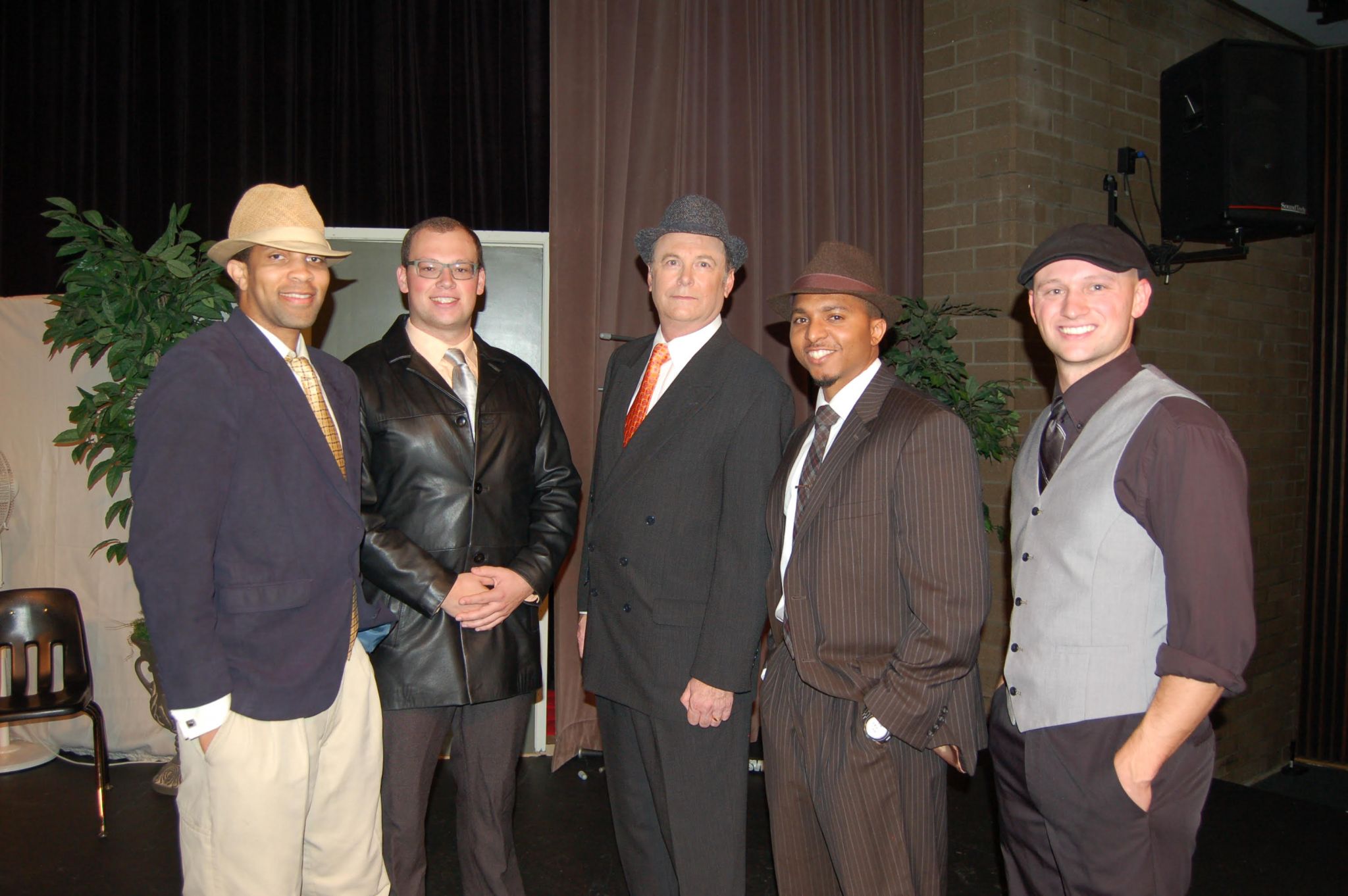 Ty Wiles, second from the left, poses with other cast members at the debut of “Skeletons in the Closet.” (PHOTO BY BILL BUTLER)The cast spent months preparing for the debut. Ty Wiles, a member of the chorus and background actor in the musical, said he was unsure about the singing at first but quickly fell in love with the theme and the other cast members.

For Wiles, the experience was life-changing. As rehearsals began, he quickly realized that the Christians he was performing alongside weren’t “run of the mill people,” he said.

“This was a family — a family that was openhearted and cared about the soul of individuals,” said Wiles, who soon decided to be baptized.

The musical was “one of my bucket list items,” said Craft, who also played the lead role. She wrote many of the songs along with cast members Katie Peterson and Richmond Hurd.

On the night of the debut, “I peeked from backstage at the crowd as they were coming in, and I was amazed by the number of people,” Craft said. “The audience was engaged, laughing at times and completely silent during the dramatic parts.”
‘God was truly in the theater that night.’
Craft hopes that the musical ministered as it entertained.

“I just want to help people,” she said, “because I know the help I’ve received. I’ve always just wanted to give back to people.”

The musical is one outreach of Son Risen Ministries, a ministry Craft founded which seeks to evangelize through the arts. The True Vine Singers, an a cappella singing group, is another part of the ministry.

The Springbrook congregation helped finance the musical. Excitement about the performance prompted the nearby Bellevue Church of Christ in Washington to host a second performance.Related
• A cappella musical to debut