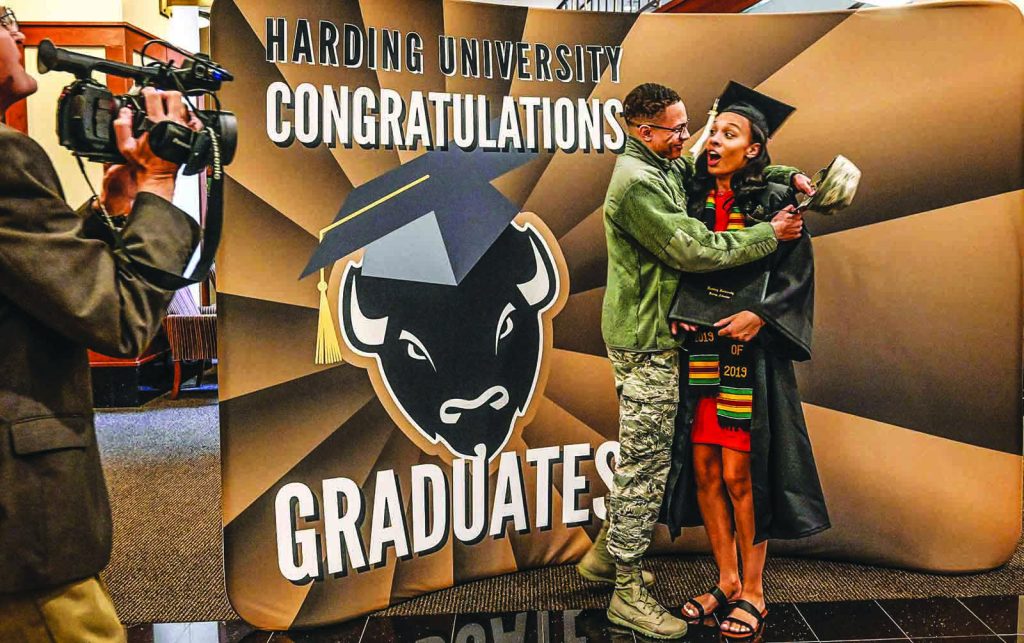 Airman surprises sister as she graduates from Harding (photo above)

After being stationed for two years in Japan, Airman 1st Class Daylon Twigg surprises his sister Makayla Twigg at her recent graduation from Harding University in Searcy, Ark. For the broadcast journalism major from Buffalo, N.Y., graduation day “was an extreme reminder of how blessed and loved I am,” she wrote on Facebook. Harding’s more than 800 graduates came from 43 states and U.S. territories and 23 nations.

CLARKSVILLE, Tenn.  —  A brother and sister died in a car crash on their way to Clarksville Christian School. 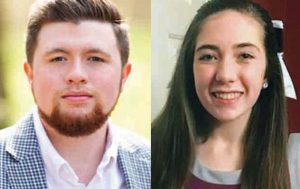 Senior Jonathan Lancaster, 18, and sophomore Alayna Lancaster, 15, were killed April 25 when their pickup collided head-on with another pickup, whose driver was injured.

“Words cannot possibly begin to express the sadness we feel with the loss of our students, Jonathan and Alayna Lancaster, who were so well-loved by everyone who knew them,” the Christian school said on Facebook. “In our time of deepest sorrow, we are beyond grateful for the outpouring of love and support that has been shown to our campus family.” The children of Bryan and Dana Waller Lancaster were members of the Church of Christ at Trenton Crossing.

MONTGOMERY, Ala.  —  Faulkner students, staff and faculty joined Gov. Kay Ivey and hundreds of children for the first “Healthy Eating and Active Living” Day at the state Capitol.

HEAL Alabama aims to reverse the rise of diabetes and chronic diseases related to unhealthy lifestyles. 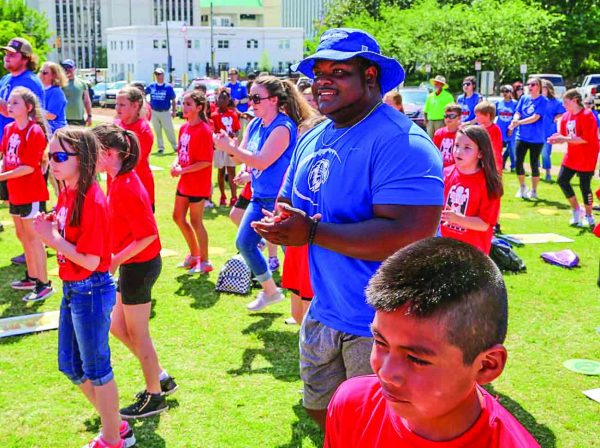 The society supports the collection and preservation of materials concerning the Restoration Movement in Canada. For more information, see ccchs.ca/index.htm.

FLORENCE, Ala. — Heritage Christian University, which is associated with Churches of Christ, has made its final payment on long-term debt.

“In 2010, after the completion of our new dorms, we found ourselves with $2.1 million in long-term debt and began searching for ways to eliminate it as soon as possible,” said Pat Moon, vice president for administration. 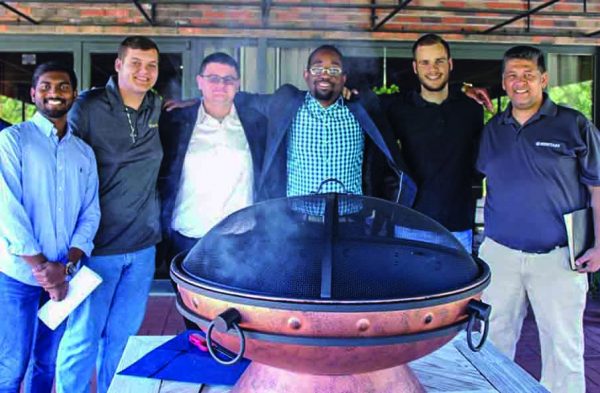 The “note-burning” ceremony at HCU.

The university cites support from donors as the reason for its ability to pay off debt. President Kirk Brothers and Philip Goad, vice president of advancement, took the “debt-free” message to donors and received overwhelming support, officials said. At the start of 2019, a large donation was received, allowing a kickstart on the final $949,000 owed.

“Our ability to pay off the debt is symbolic of our goal to help students live without debt,” Brothers said. “It encourages our donors to know that their support will now go toward present and future attempts to fulfill our mission of the Gospel, not past projects.”