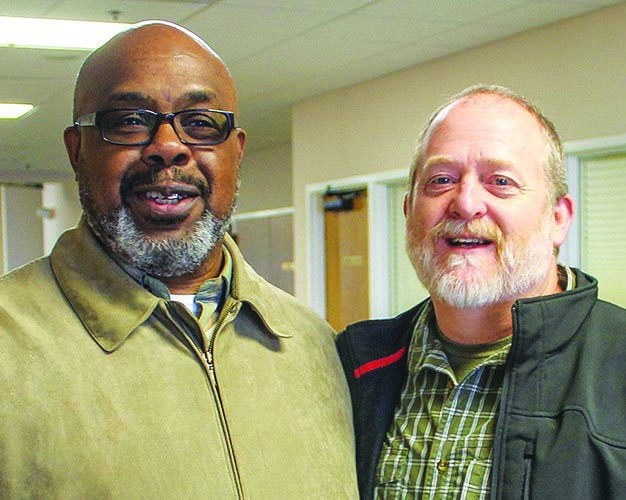 'I wish the news cameras were up here looking at us,' minister says.

Mike Root“I think our biggest role is to model Christ-like behavior to each other,” said Root, discussing the racial unrest and protests — some violent — that have made headlines since Michael Brown, an 18-year-old black suspect, was shot to death by Darren Wilson, a white Ferguson police officer, on Aug. 9. “The Sunday after all that first happened back in August, I told the church here, ‘I wish the news cameras were up here looking at us.’”
What would the cameras see?
“They would see something very different because we love each other, and we care about each other, and we don’t even agree on everything politically,” said Root, the Florissant preacher for 10 years. “I think we are able to look beyond that, which you have to do to be a multiracial church. We have to have compromise and balance. That’s going to have to be reflected in our community, but we have to model it.” 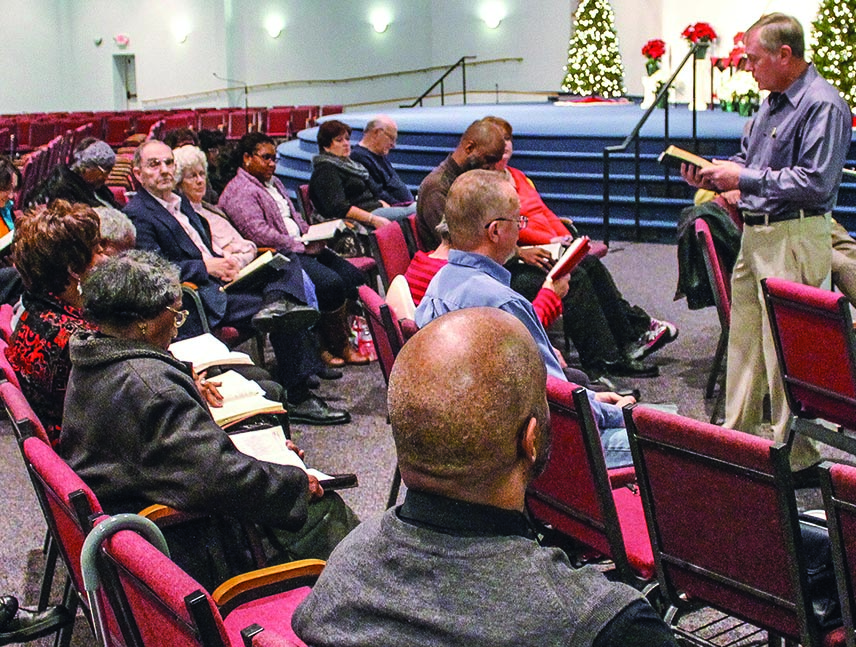 An adult Bible class meets at the Florissant Church of Christ on a recent Sunday morning. (PHOTO BY BOBBY ROSS JR.)
The church has six black elders and six white elders.
Two of those elders — Stan Williams and Leonard Payne — said the congregation prays fervently for Ferguson and provides support for the Ferguson Heights Church of Christ, which intensified its benevolence program after the turmoil started in that community.
“I am so pleased that over the 35 years I have been here, this church has already been so far ahead of time in dealing with the fact that this surrounding community and the demographics have changed,” said Faye Williams, Stan’s wife. 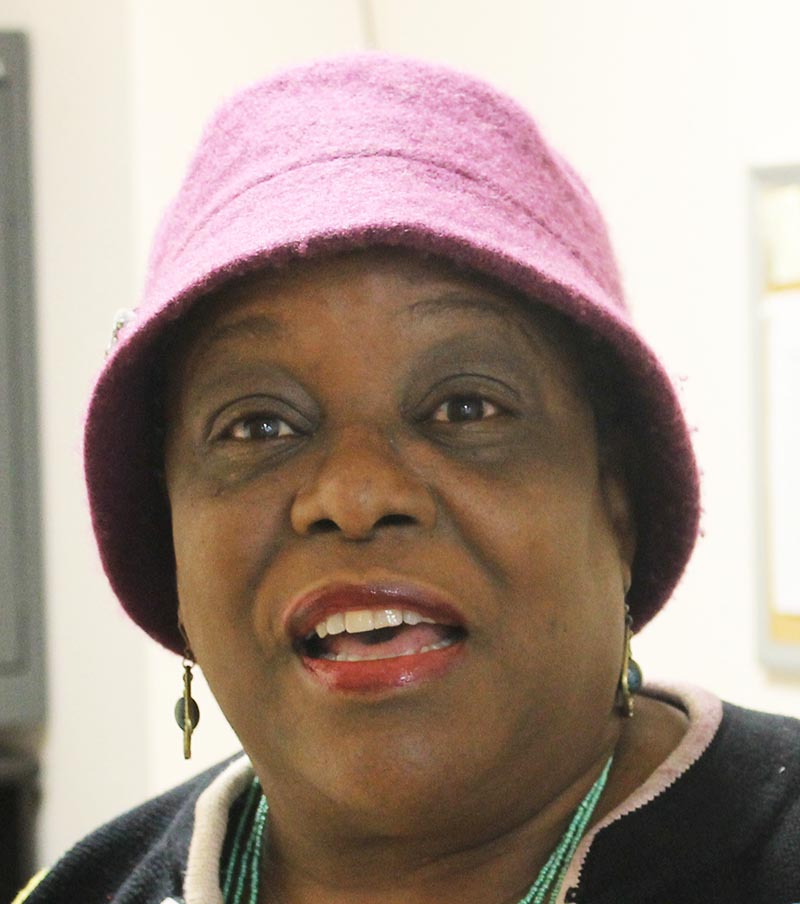 Faye Williams“Sunday, generally speaking for most churches, is the one day of the week where there is more separation of Christians than any other time,” she added, “and that is just ridiculous.”
Member George Barnes, a retired crane operator, said the Florissant church comes together to worship and has no real issues as far as race is concerned.
“I pray a lot that people on both sides will come together,” Barnes, who is black, said of the situation in Ferguson. “You got bad people, and you got good people, on each side.”
A white police officer — a Florissant member who has worked overtime since the St. Louis-area protests started — said the congregation emphasizes respect for differing opinions. 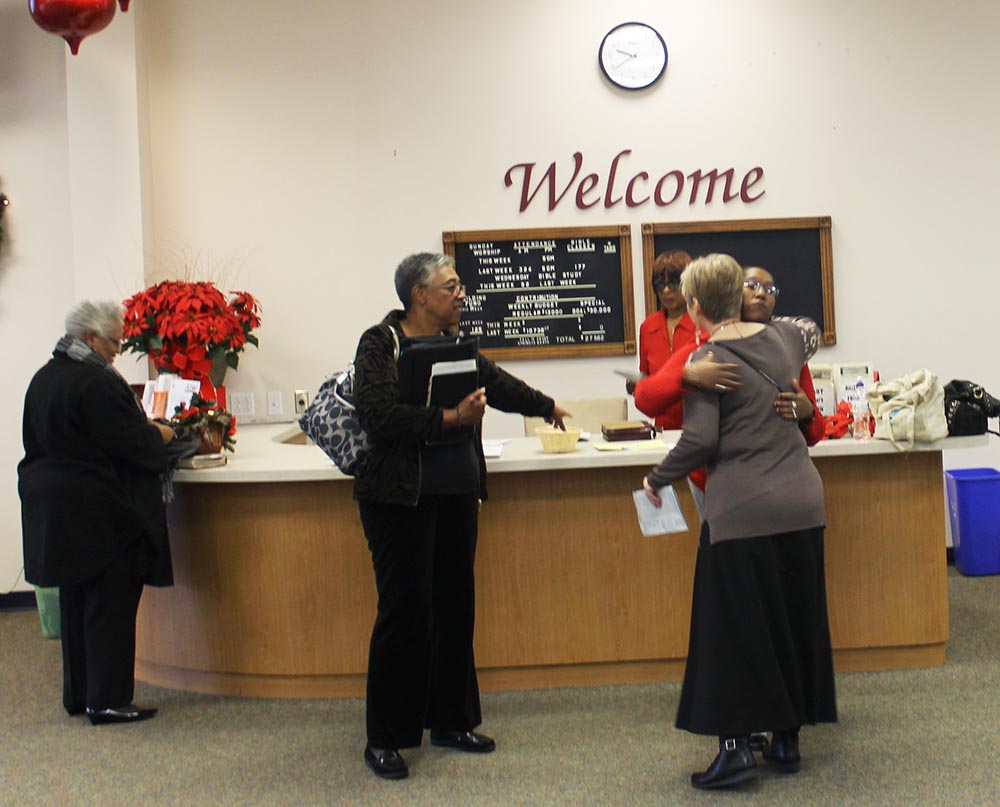 Florissant church members greet each other. (PHOTO BY BOBBY ROSS JR.)“We are Christians, and we’re taught to love everybody,” said the officer, a father of three who asked not to be identified out of concern for his family’s safety. “We don’t judge anybody on their opinions, so I think that if there were other congregations that were diverse like this, it would help.”
The officer said he carries his respect for all people into his job.
“I’m not allowed to really express my religious opinions as a police officer,” he said. “I just have to go out there and act like a Christian while I’m doing my job.”
RELATED STORIES
• ‘Worship is our protest’: Ferguson church focuses on glorifying God
• Ferguson minister: ‘This is not a race issue, it is a humanity issue’
• 2008 story: Sundays not segregated at Florissant