Other leading headlines include Dr. Kent Brantly's return to Africa and a $35 million payout to Tennessee and Kentucky churches.
The Christian Chronicle

As we reflect back on 2019, certain news stories stand out.

At the top of our list: the viral hug of forgiveness offered by Brandt Jean to Amber Guyger, the fired Dallas police officer convicted of killing his brother, Botham Jean.

Who can forget Brandt Jean’s words, broadcast around the world?

“If you are truly sorry, I know I can forgive you,” he told Guyger. “And I know if you go to God and ask him, he will forgive you.”

The 18-year-old Christian delivered a powerful message. May God bless this young disciple as he follows in his brother’s footsteps and enrolls at Harding University in Searcy, Ark., after the new year.

Our second-biggest story of the year? That would be the decision by Dr. Kent Brantly to return to Africa as a medical missionary, five years after he contracted the Ebola virus in Liberia and nearly died.

“It’s been five years of emotional healing and spiritual healing and growth,” Brantly told us this past summer. “I think we’ve grown and been equipped in ways during this five years that we were not before we went to Liberia.”

We have no doubt that God will use Brantly and his family in amazing ways as they serve at Mukinge Mission Hospital in Zambia.

Looking ahead to 2020, we pray that God will bless us with many more inspiring headlines and keep the negative news to a minimum.

Third on our list: news that $35 million from a trust established by the late R.W. Comer would be split among 2,000 Churches of Christ in Tennessee and Kentucky. Comer died 75 years ago, but his legacy endures.

The fourth and final story that we have space to mention is not as inspiring as the others: It’s the sad tale of Clyde Brothers Jr., a longtime volunteer youth minister in Uniontown, Pa., accused of using his church and camp positions to prey on generations of young boys. What a tragedy.

Looking ahead to 2020, we pray that God will bless us with many more inspiring headlines and keep the negative news to a minimum.

ONLINE EXTRA: The above editorial appears in our January 2020 print edition.

Since we don’t have the same space restrictions on our website, here are some of our other front-page headlines from 2019: 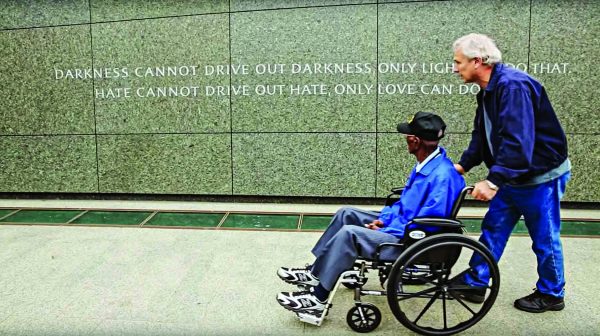 Richard Overton visits the National World War II memorial in Washington during a trip provided by Texas Honor Flights. Pushing his wheelchair is Ron Bell, minister for the Church of Christ in Hyde Park, who baptized Overton.

• In border wall fight, compassion mixes with concern: All three U.S. House representatives who are members of Churches of Christ support President Trump.

• Big milestone in the Big Easy: A New Orleans church planted in the years after Hurricane Katrina celebrates its 10th anniversary.

• Alzheimer’s can’t shake this couple’s rock-solid faith: A former preacher who has lived with the disease for 15 years rarely misses a Sunday, thanks to his wife.

• Fighting for souls, and lives, in Native America: Teen suicide is an epidemic, especially among American Indians. A Church of Christ responds.

• Is the Holy Land the Promised Land?: Leading evangelical supporters of President Trump tout the modern state of Israel as a fulfillment of biblical prophecy. Scholars in Churches of Christ take a different view.

• Church has ‘forgiving attitude’ for shooter who took elder’s life: Christian in Canada grapple with loss as they pray for a suspect who once worshiped alongside them.

• Trusting God after tragic deaths: In Baltimore, a church works to save Freddie Gray’s neighborhood four years after his death. In Dallas, Botham Jean’s parents reflect on their emotional journey as a racial unity summit and a mission trip pay tribute to their slain son. 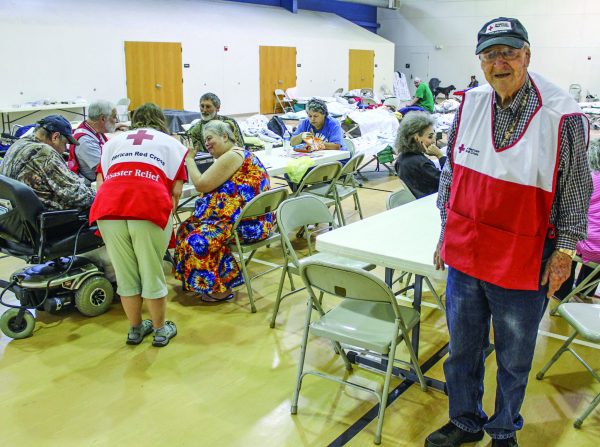 Kenneth Hearrell, 87, serves as the “disaster deacon” for the Crosstown Church of Christ in Tulsa, Okla.

• The disaster deacon: A U.S. Army veteran’s work with a Red Cross shelter ‘is an inspiration to many’ as he and fellow Christians serve flood victims in Tulsa, Okla.

• When the terrorists came for us: His wife became Muslim to appease militant Islamists. He fled with their children and found Christ.

• Keeping it a cappella: A weeklong workshop at the historic Madison Church of Christ in Tennessee isn’t just a tool for song leaders, organizers say. It’s a means of reinvigorating voices-only worship.

• Churches unite to feed the hungry: In Houston, 1,200 racially diverse volunteers serve at the largest food bank in America.

• ‘The blessing is ours’: A Venezuelan diaspora is spreading across South America as refugees from the troubled nation find new homes — and reinvigorate the Churches of Christ that take them in.

• ‘I don’t want to be a sacrificial lamb’: A minister transition can be difficult. An Oregon congregation seeks to make it work.

• ‘A giant has fallen’: Many across the U.S. celebrate the life of Jack Evans Jr., influential preacher, crusade president and Christian college president.

• Despite grief, couple has hope for the holidays: Parents who lost a daughter — and then a son — work to help others.