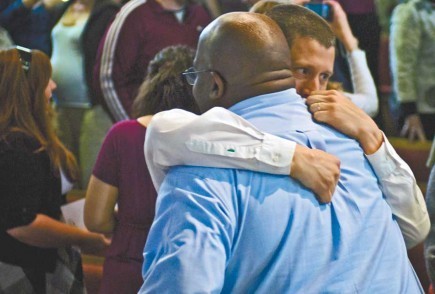 Declining membership in Churches of Christ in the U.S. ranked as The Christian Chronicle’s top news story of 2009.
A panel of ministers, church leaders and Chronicle editors picked the top 10 stories:
1. The number of men, women and children in the pews dipped to the lowest level since a comprehensive effort to count members began in 1980. Read the story here.
2. Excluded from 21st Century Christian’s 2009 edition of Churches of Christ in the United States were the Richland Hills church in Texas and 20 other congregations that use instruments. Read the story here.
3. The realization that most people who profess Christianity live in the “Global South” — the non-western world — represents a shift in thinking for religious scholars, church leaders and missions-minded members. Read the story here.
4. From Texas’ volatile oil patches to Detroit’s cash-strapped suburbs, churches prayerfully considered the economy as they finalized 2009 budgets. Read the story here.
5. Cascade College closed amid a mix of tears and laughter, after trustees announced that financial problems and other concerns meant the end of the Christian college in Portland, Ore. Read the story here.
6. “E-vangelism” via the Internet gained steam among churches, as those seeking religious studies and communication increasingly turn online. Read the story here.
7. Dr. Robert Whittaker, a medical missionary in Nigeria, suffered a gunshot wound in a kidnapping. Read the story here.
8. At the East Capitol Street church in Washington, D.C., and many of the nation’s 1,200 black congregations, Barack Obama’s inauguration as the nation’s first African-American president brought excitement. Read the story here.
9. Amid concerns about border security, a number of American church groups canceled annual spring break mission trips to Mexico. Read the story here.
10. Fifteen years after the end of apartheid, signs of racial harmony can be seen in churches in South Africa, which former President Nelson Mandela touted as a “Rainbow Nation.” Read the story here.